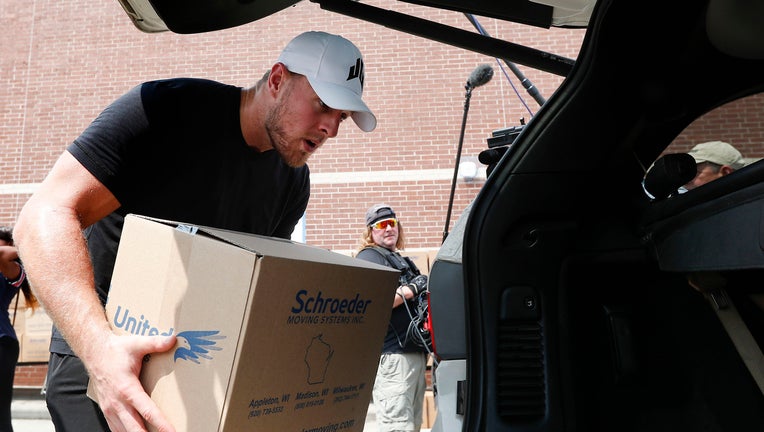 Houston Texans defensive end J.J. Watt places a box of relief supplies in the back of a vehicle for people impacted by Hurricane Harvey on September 3, 2017, in Houston, Texas. Watt's Hurricane Harvey Relief Fund has raised more than $18 million to d

HOUSTON - In the two years since Hurricane Harvey, the millions of dollars raised by JJ Watt for relief efforts have helped clean up, repair and rebuild hundreds of homes and distribute millions of meals.

Watt launched the online relief fundraiser after Harvey with a goal of $200,000, and donations quickly surpassed that number – reaching more than $41 million.

Watt partnered with local organizations to distribute the aid.

According to the report, the donations have helped clean up, repair and rebuild more than 1,183 homes, aided the recovery and rebuilding of over 971 child care centers and after school programs, helped distribute over 239 million meals, provided physical and mental health services to 8,900 people, and helped distribute 337,000 prescriptions to low income and uninsured patients.