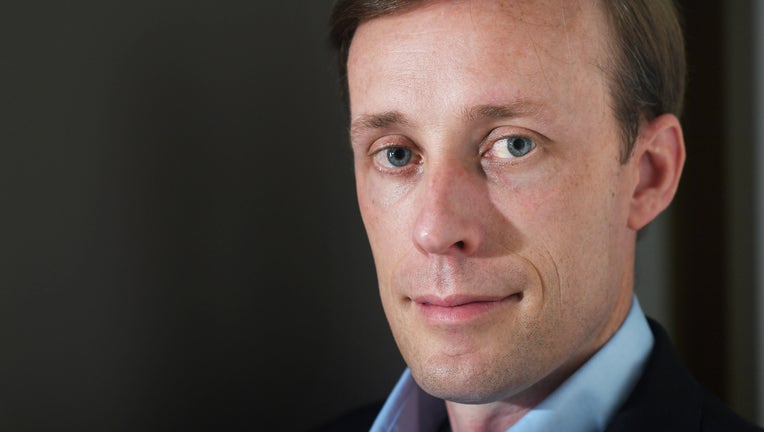 Sullivan, 43, will be one of the youngest people to serve in that role.

Biden introduced Sullivan in Wilmington, Delaware along with other nominees for his foreign policy and national security teams.

Sullivan briefly took to the podium, thanking Biden for the honor. “I pledge to you and to the American people that I will work relentlessly in service of the mission you have given us,” Sullivan said.

President-elect Joe Biden introduced the nominees to his cabinet Tuesday.

Sullivan currently serves as a senior policy adviser to Biden. He previously worked as deputy assistant to the president and national security adviser to then-Vice President Joe Biden in the Obama-Biden administration.

Sullivan also served as director of the policy planning staff at the U.S. Department of State and as deputy chief of staff to Secretary of State Hillary Clinton. During his tenure, Sullivan was a lead negotiator in initial talks that paved the way for the Iran nuclear deal. He also played a key role in shaping the Asia-Pacific rebalance strategy at both the State Department and the White House.

After his time with the Obama administration, Sullivan became a senior fellow at the Carnegie Endowment for International Peace. He also taught at Yale Law School, Dartmouth College and the University of New Hampshire.

He worked as a senior policy adviser on Hillary Clinton’s presidential campaign in 2016.

Sullivan was born in 1976. He grew up as the second of five children in Minneapolis, Minnesota.

He holds a B.A. in political science and international studies from Yale College and an M.Phil. in international relations from Oxford, where he was a Rhodes Scholar. He also holds a J.D. from Yale Law School.

He lives with his wife Maggie Goodlander in Portsmouth, New Hampshire.

The U.S. Senate does not have to confirm Sullivan to the role, which he will take over from President Donald Trump’s National Security Adviser Robert O’Brien.

Sullivan is expected to take part in meetings of the U.S. National Security Council and offer the president direction regarding national security issues. He’ll also be responsible for helping to plan the president’s foreign travel, providing background memos and staffing for the president’s meeting with world leaders.

Sullivan will work closely with Biden on his policy goals. Biden indicated he will scale back Trump’s buildup in nuclear weapons spending. Although he has not fully detailed his nuclear priorities, he said he would make the U.S. less reliant on the world’s deadliest weapons.

Biden has also been more adamant about restoring U.S. relations with allies and NATO, and his stance on the wars in the Middle East is more measured. He says troops must be withdrawn responsibly and that a residual force presence will be needed in Afghanistan to ensure terrorist groups can’t rebuild and attack America again.

Last week, Acting Defense Secretary Christopher Miller said the U.S. will reduce troop levels in Iraq and Afghanistan by mid-January, asserting that the decision fulfills Trump’s pledge to bring forces home from America’s long wars even as Republicans and U.S. allies warn of the dangers of withdrawing before conditions are right.

The plan will accelerate troop withdrawals from Iraq and Afghanistan in Trump’s final days in office, despite arguments from senior military officials in favor of a slower, more methodical pullout to preserve hard-fought gains.

Biden will take office on Jan. 20, just five days after the troop withdrawals are to finish.