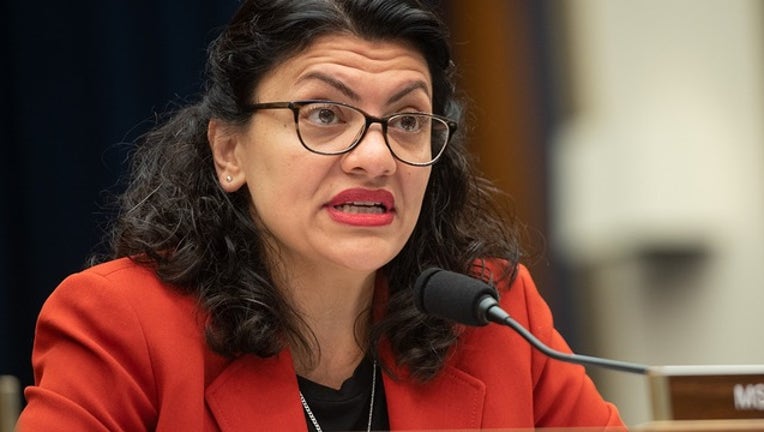 The news comes just hours after on Thursday the interior minister banned her as well as Minnesota Rep. Ilhan Omar from entering the country, due to their support of a Palestinian-led boycott movement.

Israel announced its unprecedented decision after President Trump said in a tweet that "it would show great weakness" if Israel allowed them to visit. "They hate Israel & all Jewish people, & there is nothing that can be said or done to change their minds," the president wrote Thursday, calling the two congresswomen "a disgrace."

The representatives were set to visit Israel this weekend with some of their colleagues when they learned of the ban but this was also a personal trip for Tlaib, whose 90-year-old grandmother lives in the West Bank. So she was planning on seeing her during that visit.

"I'm really disappointed. I really want to see my grandmother. She is - I am who I am because of her, her strength," Tlaib told FOX 2 Thursday night at an event in Canton.

In her letter of request, Tlaib said this would likely be the last chance to see her grandmother and that she would respect any restrictions and "not promote boycotts" during her visit.

On Friday, Israeli Interior Minister Aryeh Deri announced the latest twist - that Tlaib had requested and been granted permission to enter the West Bank to see her relatives.

Tlaib's office could not immediately be reached for comment.

Deri's office said he "decided to allow her entry to Israel and hopes she will stand by her commitment and that the visit will be for humanitarian needs only."

Tlaib's apparent pledge to conduct the visit in line with restrictions imposed by Israel was bound to anger Palestinians who had hoped the congressional tour, organized by a Palestinian group, would highlight their plight. Israel captured the West Bank, Gaza Strip and east Jerusalem in the 1967 Mideast war. Palestinians hope to establish an independent state on those lands.

Tlaib and Omar are known as supporters of "boycott, divestment and sanctions," or BDS, a Palestinian-led global movement. Israel alleges that BDS targets Israel's very existence, while the movement's supporters say it is intended as leverage to end more than half a century of Israeli military rule over Palestinians.

Fox 2 reported on this story from Southfield, Mich.