We are getting a look at the harrowing moments when officers came under attack last night in Landover.

They were taken to an area hospital where they are being treated for non-life threatening injuries.

Three Prince George's County&nbsp;police officers were injured in a shooting Sunday evening, according to authorities.&nbsp;

Interim Chief Hector Velez said getting the call that three officers were shot were his "worst nightmare" while speaking at a press conference outside of the hospital.

"They were ambused," Velez said when describing the incident. He said the officers were saved by the bullet-resistant vests they were wearing.

Velez said the officers are doing well and in good spirits.

Maryland Governor Larry Hogan offered his sympathies on Twitter: "We are all extending our prayers to the three officers shot tonight in Prince George’s County. @MDSP has offered its full support for the investigation." 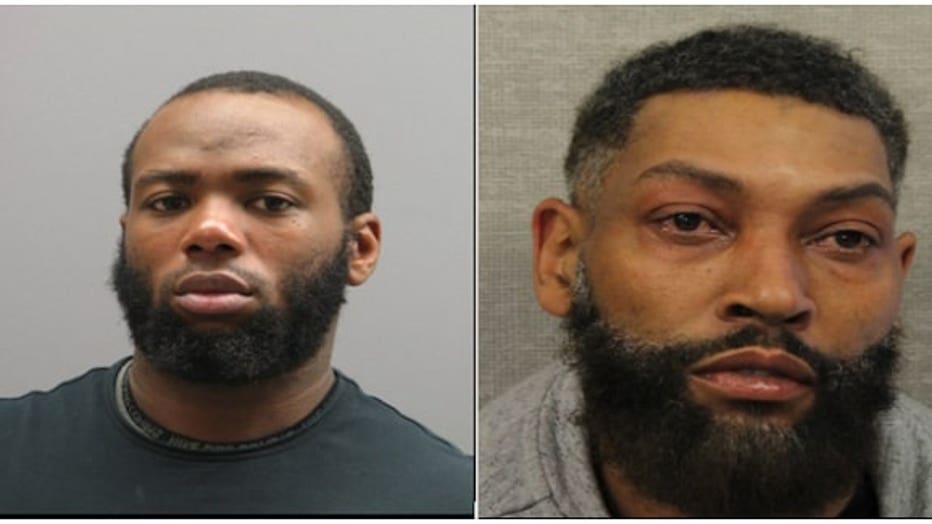 The suspects taken into custody were identified Monday as 27-year-old Steven Warren of Southeast Washington, D.C., and 45-year-old Andre Smith of Mechanicsburg, Pennsylvania.

Police released Warren and Smith's mugshots Monday, as well as a dashcam video from the first arriving officer's cruiser that shows the start of the shooting.

Watch the video of the shooting below:

Watch FOX 5 for the latest