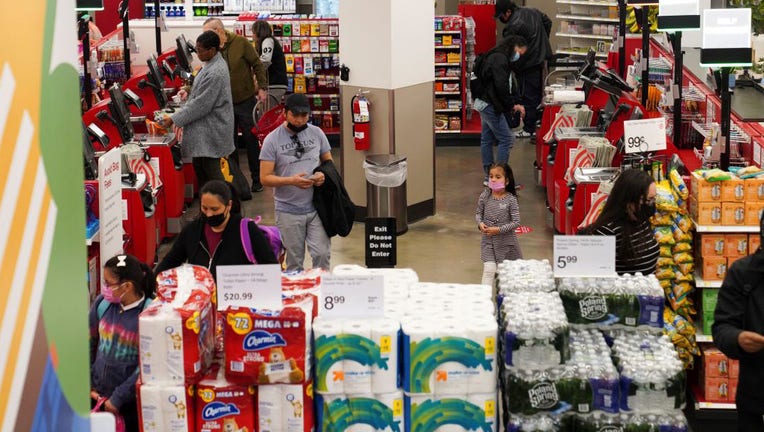 Customers shop at a store in New York, May 11, 2022. U.S. consumer inflation in April surged by 8.3 percent from a year ago, marking the second straight month of inflation over 8 percent. (Wang Ying/Xinhua via Getty Images)

The tightest labor market in decades is fueling rapid wage growth for millions of Americans, but sky-high inflation is quickly eroding those gains.

HIGH INFLATION COULD BE 'PAINSTAKINGLY SLOW' TO COME DOWN

By that measure, the typical U.S. worker is actually worse off today than they were a year ago, even though nominal wages are rising at the fastest pace in years. That's because consumers are confronting the highest inflation in a generation, which has quickly diminished their purchasing power. 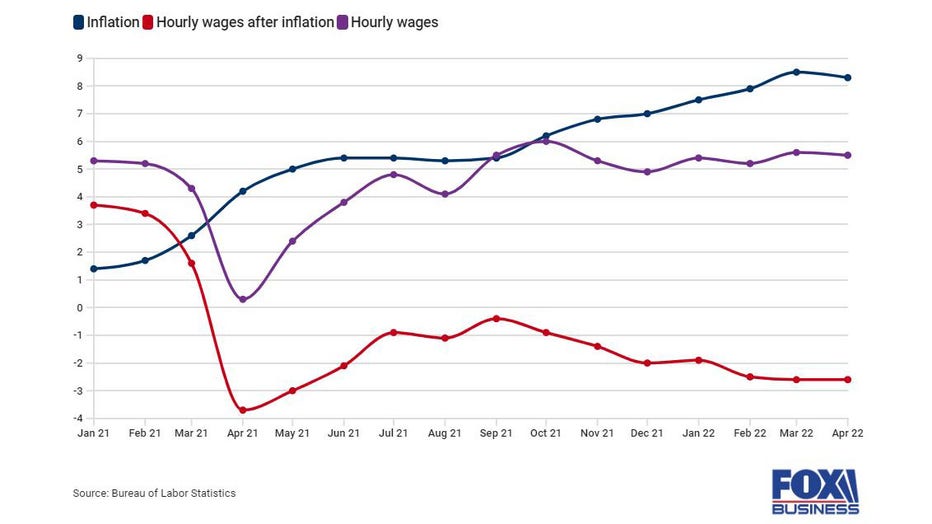 "Rising wages are pushing overall inflation higher – and yet workers are still losing ground," said Rucha Vankudre, senior economist at Emsi Burning Glass. "Wages are increasing but not in real earnings for people."

Businesses are eager to onboard new employees and are raising wages in order to attract workers as they confront a labor shortage. There were roughly 11.5 million open jobs at the end of March – the highest on record – while the number of Americans quitting their job has also climbed to a new high.

As a result, workers are seeing the largest pay gains in years, as companies compete with one another for a limited number of employees. Earnings rose 5.5% in April from the previous year, the Labor Department reported last week, nearly double the pre-pandemic average of 3%. 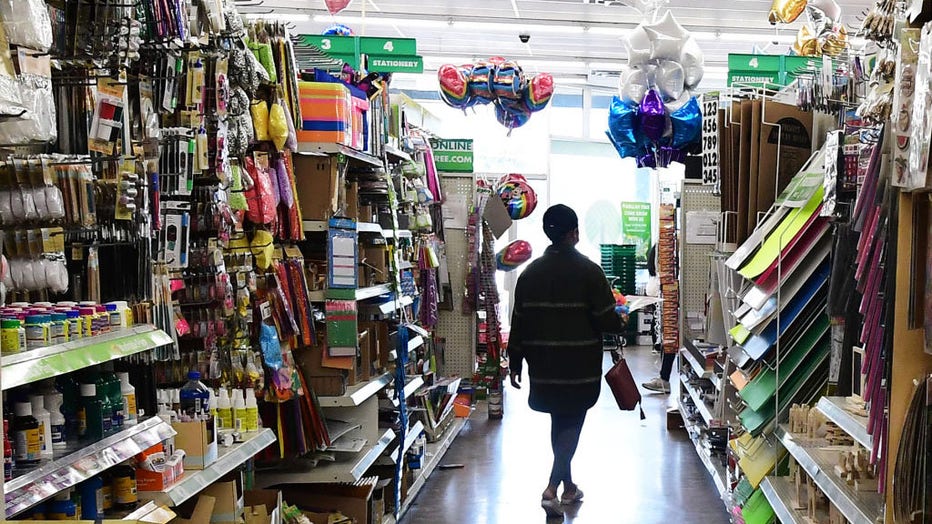 A shopper walks through the aisles of a Dollar Tree store in Alhambra, California in 2021. The store is known for its $1 items, but this week, due to inflation, prices to $1.25.(FREDERIC J. BROWN/AFP via Getty Images)

The combination of high inflation and rising wages has fueled concern about the possibility of a wage-price spiral, a 1970s-style phenomenon where high inflation leads to pay hikes, which in turn leads to more spending and more expensive prices.

But Americans are paying more for everyday necessities, with price increases broad-based in April. Food prices jumped 1% over the month, marking the 17th consecutive monthly increase for that index. The largest monthly increases were in dairy (2.5%, the sharply monthly increase since 2007), meats, poultry, fish and eggs (1.4%) and cereal and bakery products (1.1%).

Shelter, which accounts for about one-third of the CPI, also rose by 0.5% in April. The gauge has climbed 5.1% on a yearly basis, the fastest gain since 1991.

Airline fares also surged as more people began to travel: Prices soared 18.6% in the one-month period on a seasonally adjusted basis, the steepest one-month increase since the inception of the report in 1963. Airfare costs are up 33.3% over the past year, according to unadjusted data.

"This is another upward inflation surprise and suggests that the deceleration is going to be painstakingly slow," said Seema Shah, chief strategist at Principal Global Investors. "The focus will soon start shifting from where inflation peaked to where it plateaus, and we fear that it will plateau at an uncomfortably high level for the Fed."

Get the latest updates on this story at FOX Business.com.