ROCKVILLE, Md. - Members of Maryland Task Force One arrived home from Puerto Rico Sunday after spending much of last week helping provide relief to the island after Hurricane Fiona knocked out power and triggered floods and landslides.

Maryland Task Force 1 is a FEMA search and rescue task force made up of about 35 local firefighters and some civilians from Montgomery, Prince George's, Howard, Fredrick and Anne Arundel counties. 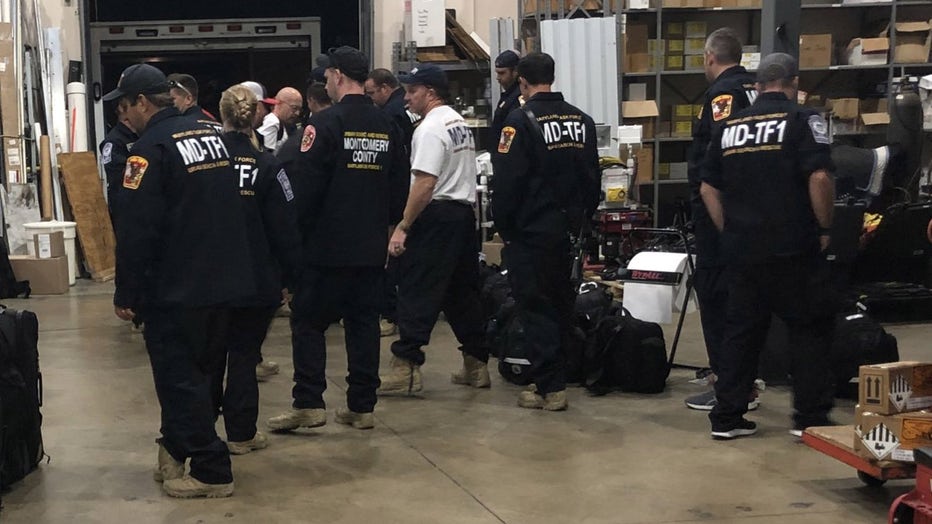 Hurricane Fiona battered Puerto Rico on September 18, making landfall in the afternoon and unleashing flooding across the island. As of Sunday, about half of Puerto Rico’s 1.47 million power customers remained in the dark, and 20% of 1.3 million water customers had no service as workers struggled to reach submerged power substations and fix downed lines.