October’s full moon will brighten the night sky this week — known as the "Hunter’s Moon."

The Hunter’s Moon will reach peak illumination at 10:57 a.m. ET on Oct. 20, according to the Farmer’s Almanac. It’ll be below the horizon though, so stargazers will have to wait until sunset to see the moon in all of its glory.

This full moon is believed to have received the Hunter’s Moon nickname because it once served as a signal to go hunting in preparation for the cold winter months ahead, the Farmer’s Almanac explains. The periodical adds that the earliest use of the name was in 1710.

"Animals are beginning to fatten up ahead of winter, and since the farmers had recently cleaned out their fields under the Harvest Moon, hunters could easily see the deer and other animals that had come out to root through the remaining scraps," the website states.

Other names for the Hunter’s Moon are the Sanguine or Blood Moon, either associated with the blood from hunting or the color of the changing fall leaves. 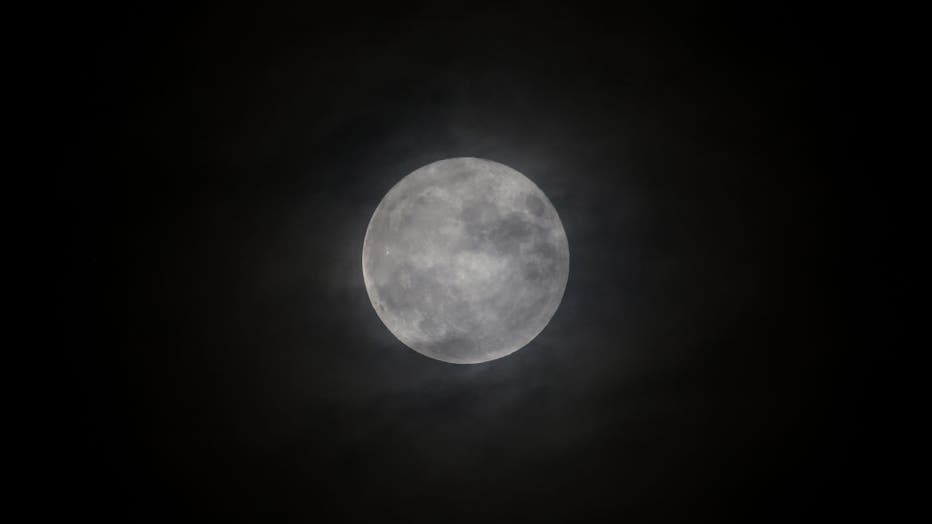 The Harvest Moon — a full moon that occurs nearest to the date of the autumnal equinox — lit up the sky in September. Both the Harvest Moon and the Hunter’s Moon are unique in that they are not necessarily restricted to a single month but rather to the start of fall.

"This means that either September or October’s full Moon may take on the name ‘Harvest Moon’ instead of its traditional name. Similarly, the Hunter’s Moon is the first full Moon to follow the Harvest Moon, meaning that it can occur in either October or November," the Farmer’s Almanac states.

Similar to the Harvest Moon, the upcoming Hunter’s Moon rises around the same time for several nights in a row. Skywatchers can begin looking for it on Oct. 19.

Those interested can also check out times for the moonrise and moonset in their area.