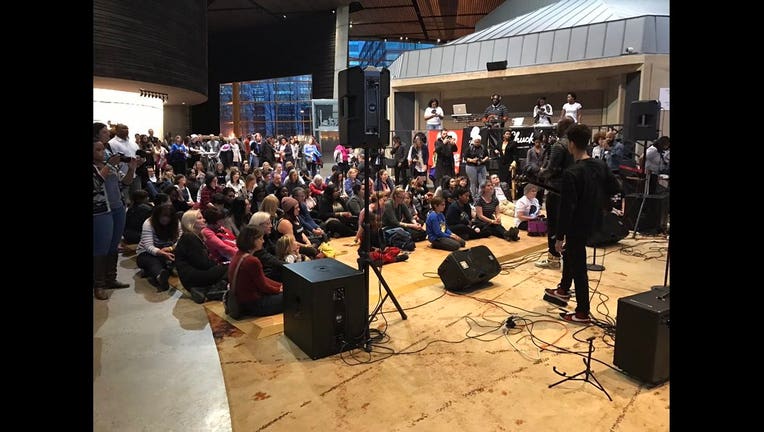 WASHINGTON - Hundreds of people gathered at the Arena Stage in Southwest, D.C. on the President's last day in office to say, "Thanks Obama."

The event is a way for people to come together and reflect on the things that have happened in the past eight years while Obama has been in office.

The visionaries behind the event are two girls, Bejide Davis and Amanda Washington Lockett. Amanda is a Ph.D. student at the University of Pennsylvania and Davis is a corporate finance attorney in New York City.

On the events Facebook page more than 40,000 people said they were attending and over 130,000 were interested. The page also said that the event is a way that everyone can truly and sincerely say "Thanks, Obama."

The event is sponsored by One Love Massive, Chuck Levin's Washington Music Center and Grindstone Universal.