The announcement marks a grim end to months of speculation over the children's whereabouts. FOX 10's Justin Lum reports.

BOISE, Idaho - The Rexburg Police Department has officially confirmed that the human remains discovered on Chad Daybell's property are that of J.J. Vallow and Tylee Ryan, who went missing in 2019.

Family members had confirmed to FOX 10 days on June 10 that the remains belonged to the two children, but authories had not released an official statement until Saturday.

"It is not the outcome we had hoped; to be able to find the children safe," police said in a statement. "Our hearts and prayers go out to the families of JJ and Tylee."

The discovery on the Daybell property

Prosecutors charged an Idaho man Wednesday with destroying or concealing two sets of human remains after police said they uncovered children’s bodies at his home while searching for evidence in the disappearance of his wife’s two kids.

Daybell’s attorney, John Prior, didn’t immediately respond to a request for comment. 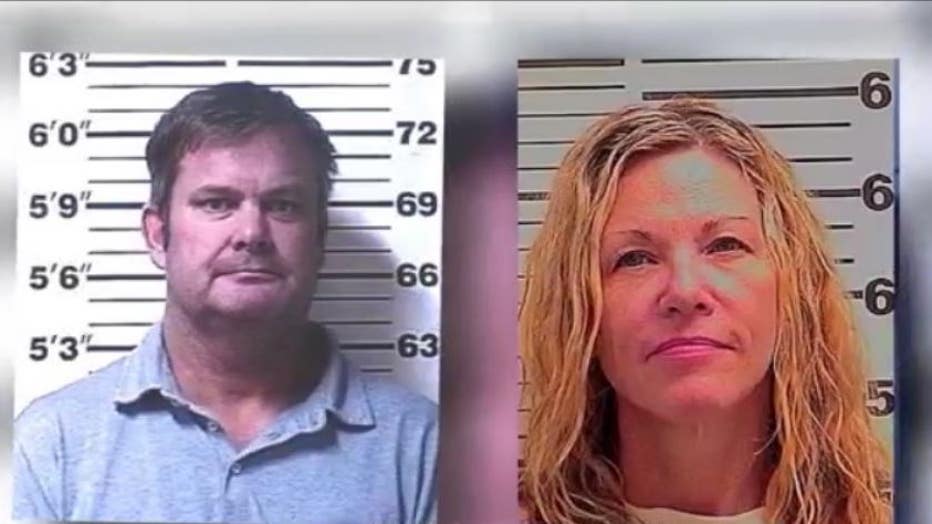 During a short court hearing Wednesday, a judge set Daybell’s bail at $1 million and ordered him to wear an ankle monitor and stay in the region if he’s released before trial. Daybell mostly responded with one-word answers when questioned.

A document that details the reasons behind the charges isn’t available to the public. Wood asked to have it sealed, saying it could compromise the criminal investigation. The prosecutor also noted how much media attention the case has received and said keeping the document secret would help preserve Daybell’s right to a fair trial.

Lori Daybell already has been charged with child abandonment and obstructing the investigation and is in jail on $1 million bond. Her attorney has indicated she intends to defend herself against the charges, and she is scheduled for a preliminary hearing next month.

Besides the missing children, the couple also have been under scrutiny following the deaths of both of their former spouses.

Amidst the latest developments in the case on Wednesday, family members of both the children and Daybell released separate statements.

The families of JJ and Tylee released a joint statement that reads:

"We are filled with unfathomable sadness that these two bright stars were stolen from us, and only hope that they died without pain or suffering. Official statements from The Rexburg Police, The Medical Examiner and the FBI will be released soon."

"Some in our extended family are still struggling to accept the reality that Chad could have been involved in something so terribly wrong.  On behalf of myself, my wife Heather, and our 4 children, we express our most sincere sympathies to Larry and Kay and to JJ and Tylee’s entire extended families.  We are devastated by today’s news and the apparent role that Chad has played in what has transpired."

The Cox family has also issued a statement.

"The Cox family -- Janis and Barry, Summer, Melani and Ian -- is deeply saddened by the recent findings in the investigation into the whereabouts of J.J. and Tylee. Their love for them knows no bounds.

The family has maintained a strong hope and belief that they were alive and well. With that hope and belief apparently shattered, they struggle to find comfort and hope in this potential new reality. They miss J.J. and Tylee very much.

The family is very grateful to those who have expended so much time and effort in trying to locate them. The family expresses their deep and abiding love for J.J. and Tylee.

The family will continue to closely watch the developing situation and will anxiously await the pending conclusions with heavy hearts. The family extends their gratitude to all those who have expressed their love and concern for J.J. and Tylee and feels the strength of their faith and prayers."

Documents: Lori Vallow claims she was ‘god preparing for second coming of Christ’

FOX 10 has obtained court paperworks regarding a potential divorce for the mother of two missing children with ties to Arizona. FOX 10's Justin Lum reports.

The complex case spans several states and began with Lori Daybell’s brother shooting and killing her estranged husband, Charles Vallow, in suburban Phoenix last summer in what he asserted was self-defense. Vallow was seeking a divorce, saying Lori believed she had become a god-like figure who was responsible for ushering in the biblical end times. Her brother, Alex Cox, died in December of an apparent blood clot in his lung.

Shortly after Vallow’s death, Lori and the children moved to Idaho, where Chad Daybell lived. He ran a small publishing company, putting out many fiction books he wrote about apocalyptic scenarios loosely based on the theology of The Church of Jesus Christ of Latter-day Saints. He also recorded podcasts about preparing for biblical end times, and friends said he claimed to be able to receive visions from “beyond the veil.”

In a report aired in late April, FOX 10's Justin Lum uncovered a number of correspondences between Chad and Lori, one of which has an attachment that includes a rubric, explaining how there are "light" and "dark" spirits”, showing levels of estates.

According to a FOX 10 source, Chad believes people are reborn, or graduate, to the next level when they essentially die. The document says most LDS (Latter Day Saints) members are level two, and the dark side only matches the light.

Chad's former friend, Julie Rowe, called him 'off base' in FOX 10's report.

Chad was married to Tammy Daybell, who died in her sleep last October of what her obituary said were natural causes. Authorities grew suspicious when Chad Daybell married Lori just two weeks later, and they had Tammy Daybell’s body exhumed in December. The results of that autopsy have not been released.

FOx 10 has learned in early April that the Idaho Attorney General's office has taken over the investigation into Tammy's death.

In a report aired in January by FOX 10, uncovered court documents related to Lori and Charles Vallow's divorce show disturbing allegations concerning Lori's mental stability, with Charles alleging that Lori threatened him, telling him she was a God preparing for christ's second coming in July 2020, and if he got in her way, she would murder him.

Court documents: Ex-husband of Lori Vallow’s niece says his former wife is connected to a cult

FOX 10 reached out to Melani Pawlowski for comment. We verified we called the correct number, she answered and she said it was the wrong number.

For more coverage on the search for JJ & Tylee: fox10phoenix.com/vallow