Washington Nationals players weren’t the only ones with some skin in the game this postseason. A couple of well-known restaurants in D.C. and Houston did too.

WASHINGTON (FOX 5 DC) - Washington Nationals players weren’t the only ones with some skin in the game this postseason. A couple of well-known restaurants in D.C. and Houston did too.

It all started just before the World Series began, when Astros super fan Marcus Davis, who owns popular Houston restaurant The Breakfast Klub, was hanging out at Ben’s Chili Bowl in D.C. with one of the people who runs it, Kamal Ben Ali.

“I told him, 'put his money where his hotdog is,'” Davis laughed last week before the series had gotten underway. 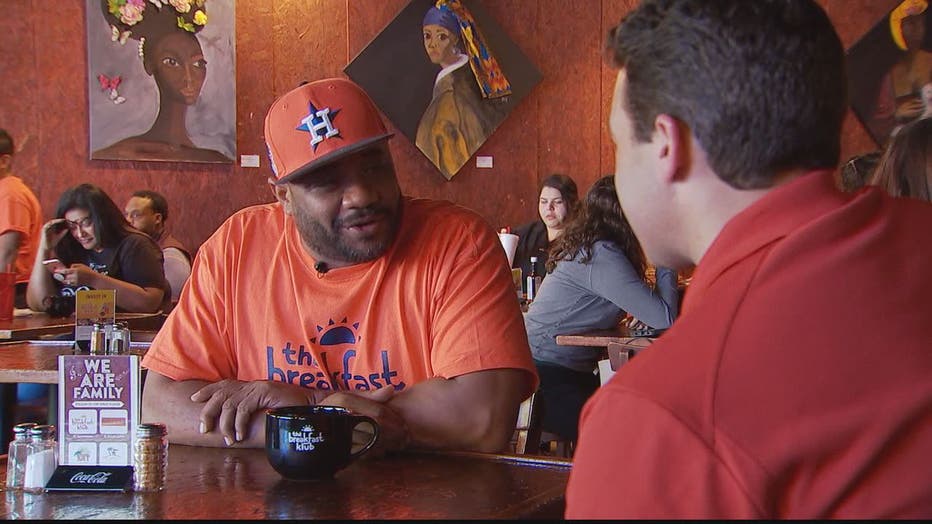 A wager was made. Each man bet on his city’s team, and if let’s say, the Nationals won, Davis would have to outfit his staff in Ben’s shirts, he’d have to put up a “Go Nationals” sign in Houston, and he’d have to make a trip to DC to serve up half-smokes at Ben’s.

“It’s not possible for the Astros to lose to the Nationals,” Davis told FOX 5 last week in Houston. “Look I’m not here to be harsh I’m just here to be true.” At one point, he even held up a victory cigar, laughing, “you’re gonna get your feelings hurt with me.”

But what a difference one week can make. The Nats are now champs, and Ali said Monday he’s more than ready for Davis to hold up his end of the bet. 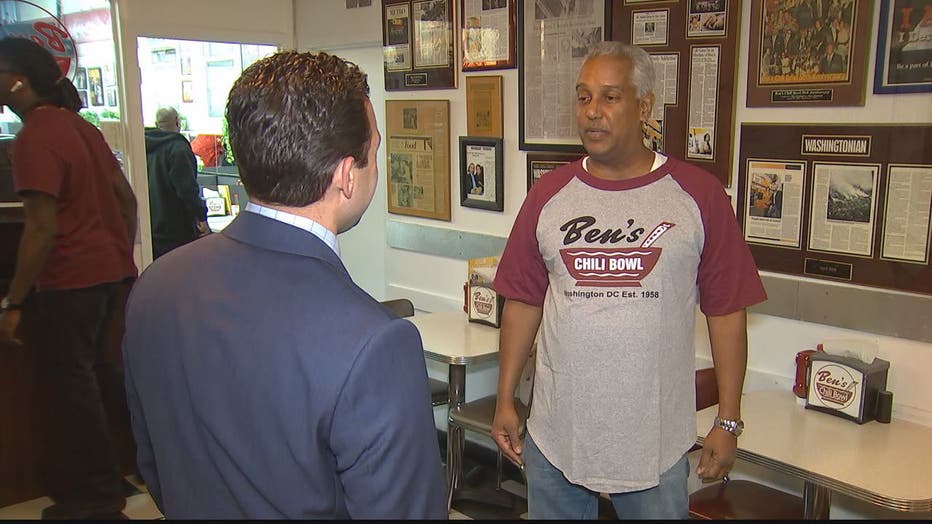 “Breakfast Klub we love y’all but the Nats had to do it,” he said. “We finished the fight!”

As for Davis, he said he’s a man of his word and plans to head back to D.C. next week.

“Congratulations to the Washington Nationals. It was a fantastic story. It was a phenomenal story,” he said via Skype on Monday. “I’m gonna cherish every moment of it because when we come back in 2020 it’s gonna be fire!”