House votes to send articles to Senate for trial

The House voted 228-193 to send President Donald Trump's impeachment charges to the Senate for a trial.

WASHINGTON - The U.S. House of Representatives voted Wednesday to send the articles of impeachment against President Donald Trump to the Senate for trial and approved the prosecution team named by Speaker Nancy Pelosi.

The vote was 228-193, coming at the start of a presidential election year and one month after the House impeached Trump. 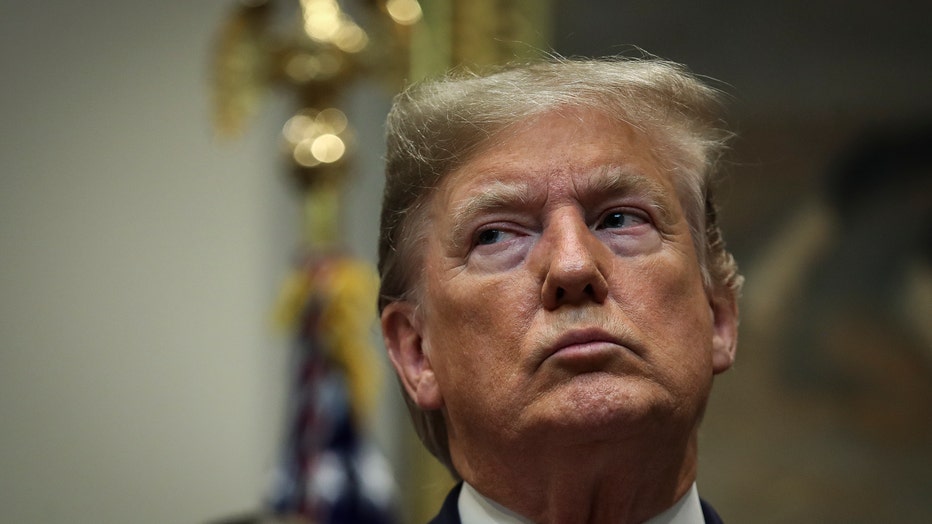 President Donald Trump looks on during an event to unveil significant changes to the National Environmental Policy Act, in the Roosevelt Room of the White House on Jan. 9, 2020 in Washington, D.C. (Photo by Drew Angerer/Getty Images)

“We are here today to cross a very important threshold in American history,” Pelosi said, addressing the House before the vote.

Trump, during an event at the White House, rejected the charges as a “hoax.”

Earlier Wednesday, Pelosi named the seven impeachment managers for the impeachment trial, led by the chairmen of the House impeachment proceedings, Reps. Adam Schiff of the Intelligence Committee and Jerry Nadler of the Judiciary Committee.

“Today is an important day,” said Pelosi, flanked by the team. “This is about the Constitution of the United States.”

Trump was impeached by the Democratic-led House on Dec. 18 on charges of abuse of power over his pressure on Ukraine to investigate Democratic rival Joe Biden as Trump withheld aid from the country. Trump was also charged with obstructing Congress’ ensuing probe.

He is the third president to be impeached in U.S. history, in addition to Bill Clinton and Andrew Johnson.

Ahead of the House vote, Schiff also released new records from Lev Parnas, an associate of Trump lawyer Rudy Giuliani, about the Ukraine strategy. including an exchange with another man about surveilling later-fired Ambassador Maria Yovanovitch.

Schiff said the new evidence should bring more pressure on Senate Majority Leader Mitch McConnell, who is reluctant to allow witnesses to testify.

Later Wednesday, the House managers are to walk the articles across the Capitol to the Senate in a dramatic procession. The Senate trial is set to start as early as Thursday, although significant proceedings wouldn't begin until next Tuesday after the Martin Luther King Jr. holiday.