An armed man was arrested near the Maryland home of Supreme Court Justice Brett Kavanaugh Wednesday morning, law enforcement sources confirmed to Fox News. The suspect was carrying a gun and a knife when arrested and had made violent threats against Kavanaugh, sources said. The man’s name is being withheld at this time, but sources say he is in his 20s and was picked up on a nearby street. He did not get to the Kavanaugh home.

The House passed a bill 396-27 to increase security for Supreme Court justices' immediate families on Tuesday, approving a measure that had already been passed by unanimous consent in the Senate.

The bill comes after one man was arrested for allegedly plotting to kill Justice Brett Kavanaugh and protesters demonstrated outside the homes of conservative justices following the leak of a draft opinion in a high-profile abortion case.

The bill provides for 24-hour protection for Supreme Court justices' families, similar to what is already provided for some members of the executive and legislative branches.

All 27 nay votes were Democrats.

The Senate bill was introduced three days after Politico published the leaked draft opinion, which suggested that the Supreme Court intends to overturn Roe v. Wade. While the Senate acted quickly, the House waited more than a month before approving the bill.

The bill expands an existing statute that currently only covers the justices themselves, as well as Supreme Court officers and employees while they are performing their duties.

Prior to announcing that the House would vote on the bill, Rep. Greg Stanton, D-Ariz., introduced an alternative bill that would grant additional protection for court staff such as clerks, but Senate Minority Leader Mitch McConnell, R-Ky., said it was unlikely to pass in the Senate.

"The security issue is related to Supreme Court justices, not nameless staff that no one knows," McConnell said. 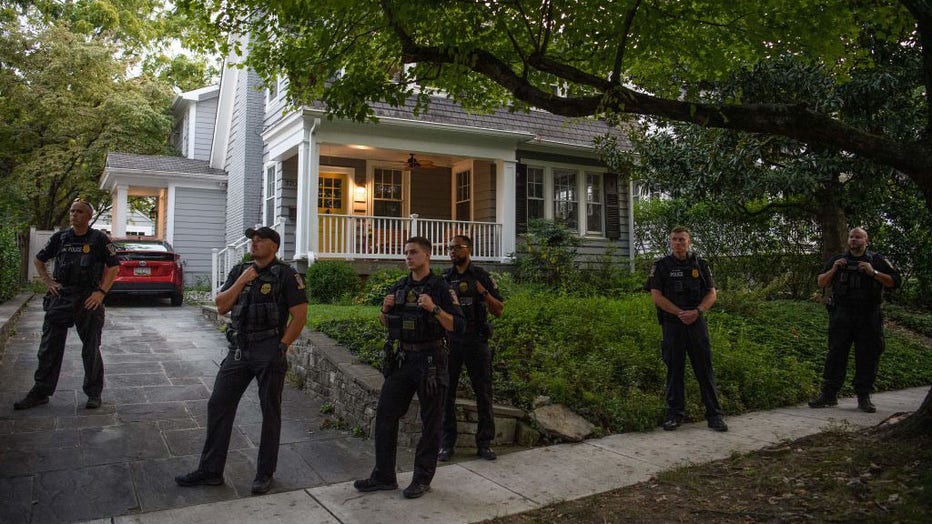 Police stand guard as abortion rights activists protest near the house of US Supreme Court Justice Brett Kavanaugh in Chevy Chase Maryland, on September 13, 2021, following the court's decision to uphold a stringent abortion law in Texas (Photo by Ni

Following the leak of the draft opinion, a left-wing organization posted the locations of the justices' homes. This led to demonstrations outside their houses which drew support from the White House, despite federal law prohibiting such activity if it is meant to influence a judge.

California man Nicholas Roske traveled from his home state to Maryland, allegedly in order to kill Kavanaugh. Roske ended up calling 911 from outside Kavanaugh's house. In a recording of the call, he could be heard speaking about the plan and how he decided that he did not want to go through with it.