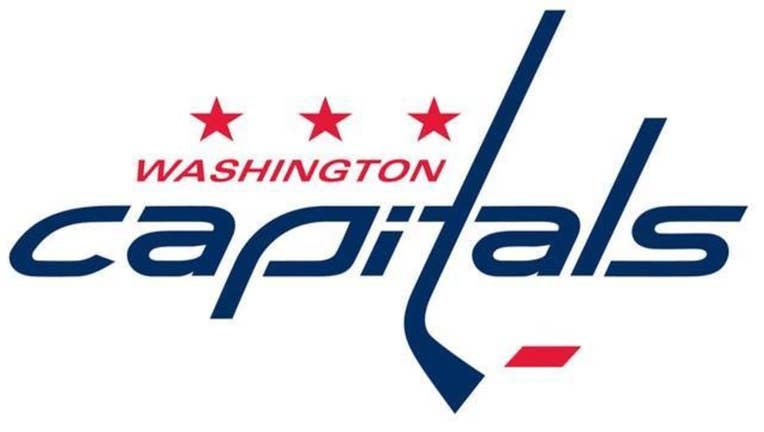 WASHINGTON (AP) — Braden Holtby made 30 saves Monday night for his second career playoff shutout and Jay Beagle scored his first goal of this postseason, giving the Washington Capitals a 1-0 victory over the New York Rangers.

Washington has a 2-1 lead in the Eastern Conference semifinals.

Alex Ovechkin was held without a goal for the first time in the series. It was one of the Capitals' less-heralded players, Beagle, who put the puck past Henrik Lundqvist on a second-effort, deflected shot 7 1/2 minutes into the second period.

Holtby was at his glove-catching best, including stopping Martin St. Louis on a 1-on-1 six minutes after Beagle scored, and the crowd chanted the goalie's last name at the final buzzer.

Game 4 of the best-of-seven series is at Washington on Wednesday night.

This was the type of nail-biter the Rangers play: They have participated in 10 consecutive playoff games decided by one goal, an NHL record.

And in seven of its eight games in this year's playoffs, New York has allowed two goals or fewer.

But under first-year coach Barry Trotz, and with Holtby matching Lundqvist save for save, the Capitals are proving just as adept at this sort of tight, low-scoring hockey.

Despite getting outshot 30-22, the Capitals did manage stretches of sustained pressure in the Rangers' zone, including leading up to the only goal. And the score came from a surprising source: the line of Beagle, Troy Brouwer and Andre Burakovsky. They had zero goals through Washington's first nine games of this postseason.

Off passes from Brouwer and Burakovsky, Beagle sent a shot on net that Lundqvist swept aside. But Beagle kept at it, going to the boards to collect the rebound, then swooping around the back of the net for a backhand shove of the puck. It appeared to ricochet off defenseman Keith Yandle, then Lundqvist's left skate on its way in.

That gave Beagle three goals in 33 playoff games following a regular season in which he scored 10 times.

Not too long afterward, the Rangers had a great opportunity to tie it. Capitals defenseman John Carlson's shot from inside the blue line was blocked by St. Louis, who raced the other way all alone. But Holtby made the save with a flick of his glove, drawing roars from the crowd.

Rangers forward Rick Nash took seven shots and leveled Capitals defenseman Brooks Orpik early in the third period, but remains without a goal in the series.

Early on, the Rangers dominated. It took more than six minutes for Washington to generate its first shot on goal, with Joel Ward's snap shot easily grabbed by Lundqvist. By then, the Rangers had sent a half-dozen pucks at Holtby; they wound up outshooting Washington 11-6 in the scoreless first period.

Not quite as large a disparity as New York managed in the first period of Game 2, 15-4, and, more significantly, not the same margin on the scoreboard. The Rangers led 2-0 in Game 2 en route to a 3-2 victory.

The Capitals had their league-best power-play on the ice twice in that period, but couldn't break through. They did get one superb chance, when Marcus Johansson found Ovechkin alone in front of the net, but the man known as Alex the Great sent the puck right at Lundqvist's chest.

NOTES: Lundqvist appeared in his 100th career playoff game, the 17th goalie in NHL history to reach that number. ... In a nod to "Star Wars Day" — May 4, as in "May the 'Fourth' be with you" — the movie's theme song blared over the PA.