A group of unknown pranksters altered the iconic Hollywood sign.

On Monday, an Instagram user @amynichols_1 shared a photo on social media showing the Hollywood altered to read, "Hollyboob." 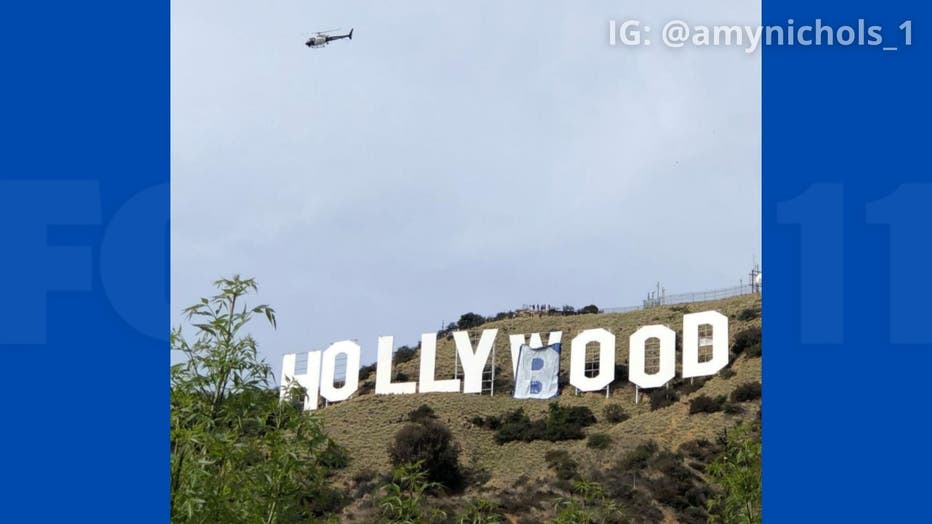 As of Monday evening, the suspect(s)' identities have not been released. An officer with the Los Angeles Police Department told FOX 11 that six people were arrested in connection with the prank.

LAPD was told the suspects were trying to raise awareness for breast cancer. Their arrests come months after Breast Cancer Awareness Month ended, which takes place every October.

This is far from the first time the Hollywood sign has been altered or vandalized. Back in 2017, the iconic sign made national headlines after someone changed it to read "Hollyweed."