A wildlife photographer has captured remarkable pictures of a deer sitting in the British countryside alongside a herd of cows, convinced it is one of them. 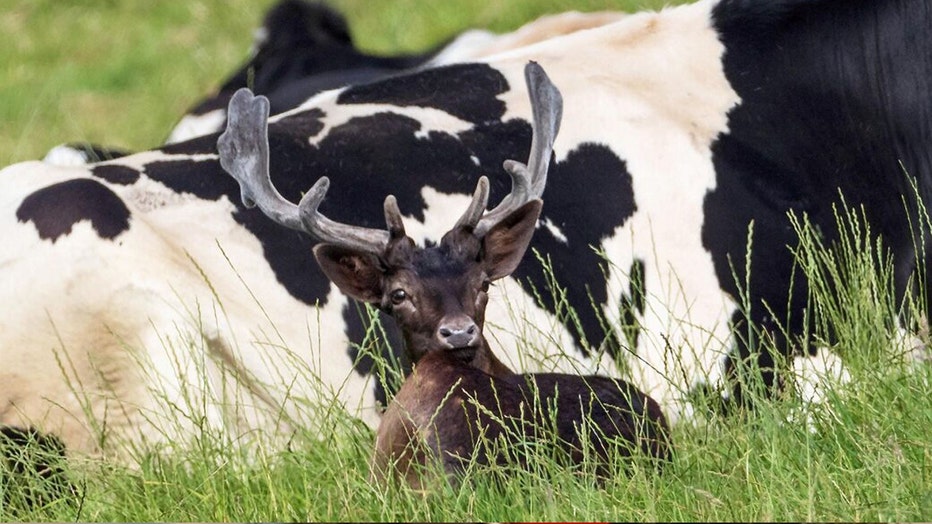 Fifty-four-year-old Andrew Fusek Peters captured the images after the deer was "adopted" by the herd several months ago, SWNS reports. The deer has regularly been seen grazing alongside the cows after it became separated from its own herd.

"This particular male has, for some strange reason, adopted these cows as his herd, and stays with them almost every day - grazing, lying down and acting rather like a cow himself," Fusek Peters said in comments obtained by SWNS. 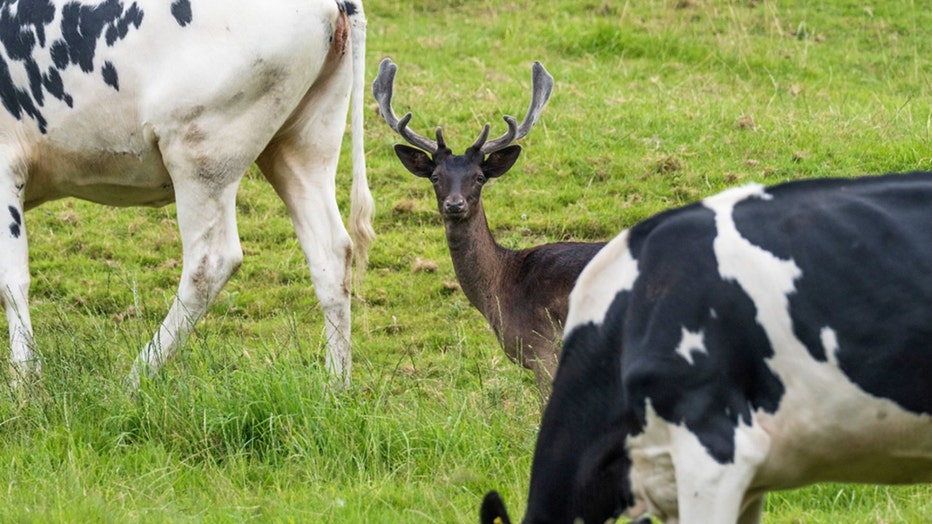 "This type of deer behavior has never been observed or captured before, and really is a Shropshire wonder," Fusek Peters added. "You certainly never see a deer that thinks it’s a cow. It’s like the deer is copying the cows."

The images were captured on April 8 after Fusek Peters spent several hours at the Shropshire field. Fusek Peters said he had been told about it by a friend for several months. 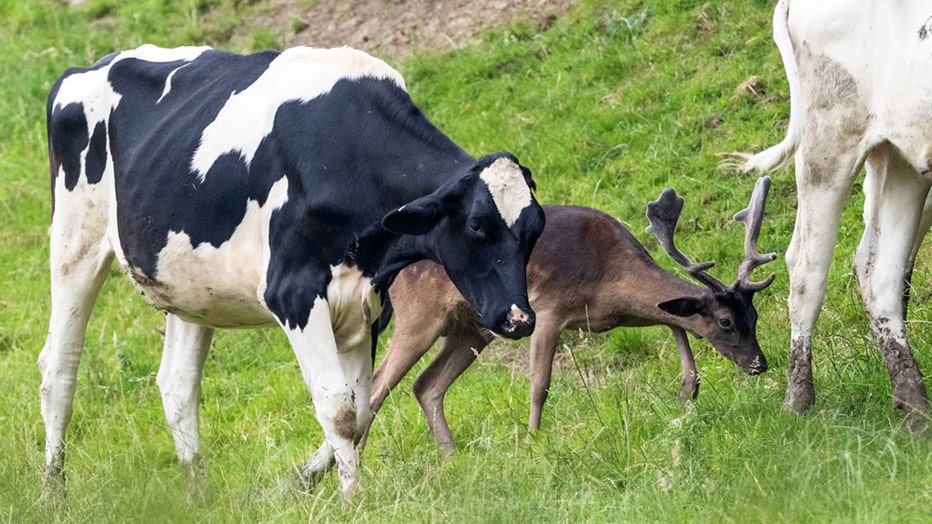 “A neighbor has been telling me for months about this," Fusek Peters added. "He said, 'This deer has been hanging out with a herd of cows. You have to go and see it’.

“One day he rang me and said ‘the deer is there right now’. I drove straight to the farmer’s field and spent several hours there with a long lens," Fusek Peters continued. "The cows were in another field before and the deer was with them then too. It’s just bonkers."