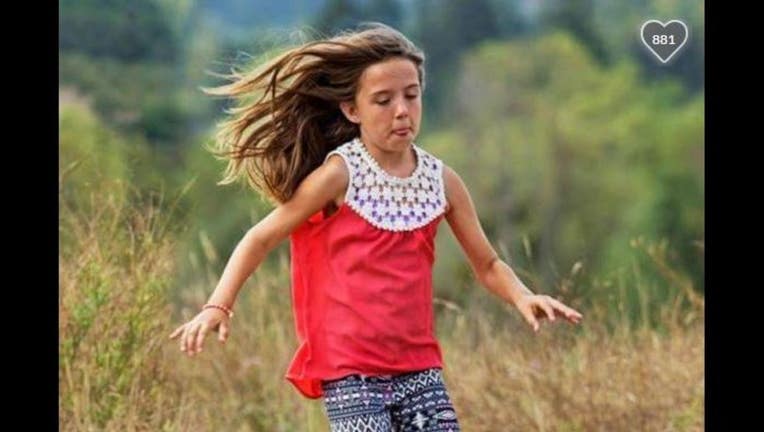 Parents have started a fundraising effort on Wednesday to assist with funeral expenses for a 10-year old little girl who was struck and killed by a runaway car after pushing a toddler out of the car's path.

Kiera Larsen was playing with a 2-year old in her front yard near San Diego on Monday when a parked Mercedes Benz began rolling in reverse down a sloped driveway. It is speculated that the car was somehow shifted out of gear by other children playing in the car.

As the car continued to roll, Kiera noticed a toddler in it's path and quickly ran behind the vehicle and managed to push the toddler out of the way before being run over, according to the California Highway Patrol. Paramedics rushed her to a local hospital in La Mesa, where she was pronounced dead shortly after arrival.

Money continues to pour in, even after the $30,000 goal listed was reached on the 'Our Sweet Kiera' GoFundMe page that was created to help Kiera's family "make a dent" with funeral expenses.

''Those of you who had the pleasure of knowing Kiera know that she is such an amazing, beautiful, smart and funny little girl,'' a message on the GoFundMe page read. ''She truly brings so much love and happiness to so many people.''

Kiera was the third child to be fatally injured in a traffic accident in the San Diego area in the last week.