Harmony Montgomery, 7, was reported missing at the end of last year, though it’s believed she hasn’t been seen since 2019 in New Hampshire at the age of 5.

CONCORD, N.H. - The stepmother of Harmony Montgomery, a missing New Hampshire girl who disappeared in 2019 at age 5, pleaded not guilty this week to two perjury charges that accuse her of lying to a grand jury.

Kayla Montgomery, 31, is accused of lying to the Hillsborough County grand jury in May about the location of a prior job and the time of a prior shift, according to court documents. Authorities allege she lied about those details for November or December 2019, which is about the time they believe her stepdaughter Harmony Montgomery went missing.

Harmony Montgomery, who vanished in 2019, was not reported missing until late 2021. She is still considered a missing person. Her eighth birthday was on Tuesday. 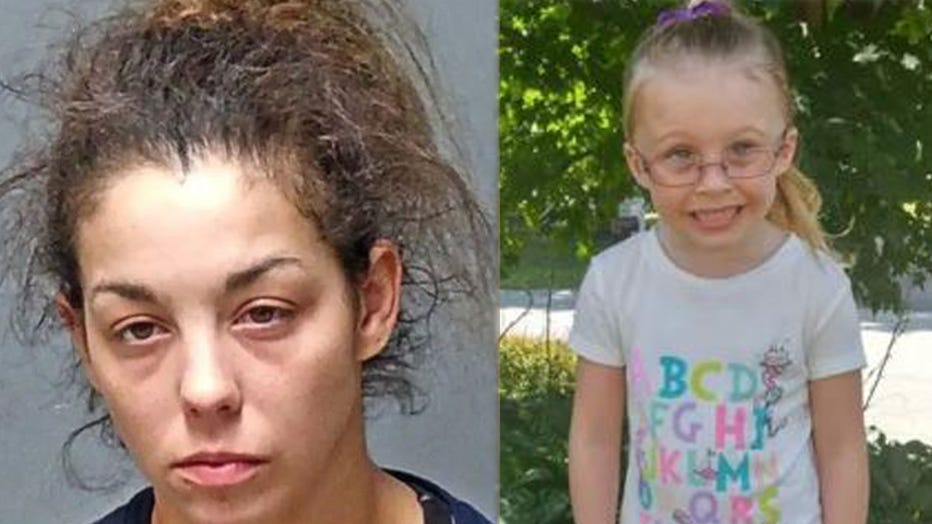 Kayla Montgomery (L) is pictured in a previous booking image. Harmony Montgomery (R) vanished in late 2019 at age 5 but was not reported missing until 2021, authorities said. (Photos: Manchester Police Department)

Kayla Montgomery was arrested on June 3 at the Manchester Police Department when she arrived for a daily check-in, which is required as part of Montgomery’s bail conditions after she was arrested on unrelated charges of receiving stolen firearms.

On Monday, she waived arraignment on the charges and was released after spending the weekend in jail.

Earlier this year, Kayla Montgomery was charged with theft by deception after police said she falsely claimed that Harmony Montgomery was living with her in order to collect welfare benefits. She pleaded not guilty and was released on bail last month. Lawyers were scheduled to discuss that charge on Thursday in court.

In April, lawyers said a plea offer and a counter offer were discussed. A spokesperson for the attorney general’s office said "we would not be able to comment" when asked if the new charges would affect those discussions. Montgomery’s attorney did not immediately respond to a request for comment from the Associated Press. 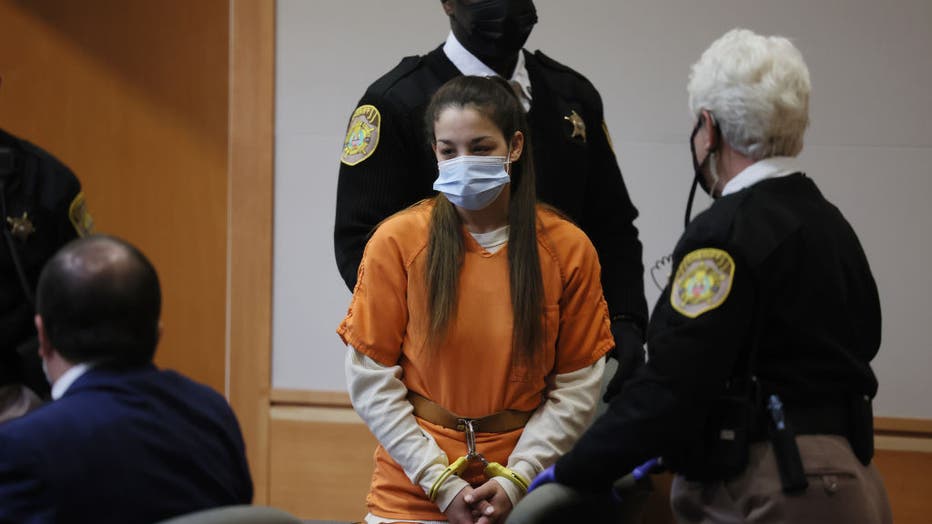 Kayla Montgomery is escorted into court for an arraignment and bail hearing scheduled in State of NH vs. Kayla Montgomery in Manchester, NH on Jan. 24, 2022. (Photo by Jessica Rinaldi/The Boston Globe via Getty Images)

Harmony’s father, Adam Montgomery, has been indicted on an assault charge alleging that he struck Harmony in the face in July 2019.

He’s also accused of unrelated firearms theft charges and has pleaded not guilty.

The couple, described as estranged, told police that Harmony was brought to be with her mother in Massachusetts around Thanksgiving 2019. But her mother said she last saw her daughter during a phone video conversation around Easter 2019.

Adam Montgomery is scheduled for a June 28 court date. 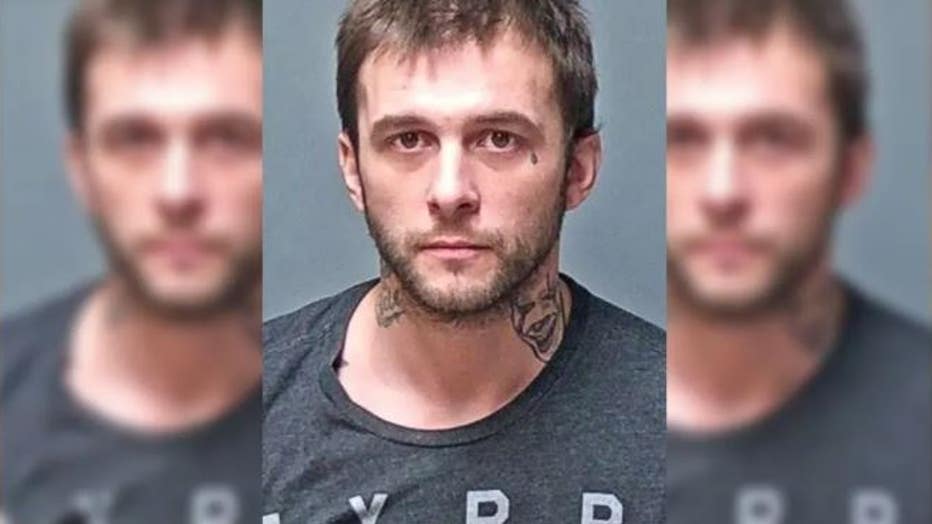 Police have received hundreds of tips. They’re offering $150,000 for information that will lead them to the missing child. The Manchester Police Department's 24-hour tip line on the case is (603) 203-6060.

In December 2021, police in Manchester, New Hampshire, shared on Facebook they’d received a report that a 7-year-old girl named Harmony Montgomery had not been seen since late 2019.

Police asked for the public’s help locating the child, saying "the circumstances surrounding this prolonged absence are very concerning." 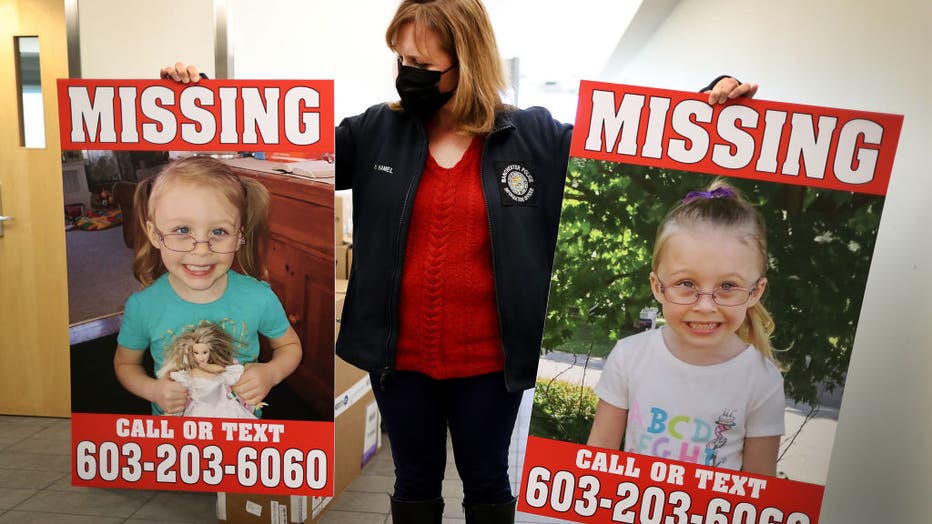 Police said they first became aware of the case when they received a call from the girl’s mother, Crystal Sorey, who lives in Massachusetts, in November 2021. She had been trying to locate her daughter for months but said she had been blocked by her ex-husband from contacting her.

Sorey had to surrender Harmony to the state in the summer of 2018. After that, the girl’s father, Adam Montgomery, secured sole custody in February 2019 and moved her to New Hampshire, FOX News reported.

Sorey originally told officers in November 2021 that she hadn’t seen Harmony in over six months, but then said it had been since Easter 2019, when she video chatted with the father and Harmony, according to a police affidavit.

Manchester Police Chief Allen Aldenberg determined Harmony was last seen by police at a home in the city in October 2019. Police responded to a service call there and had no reason to return to the address afterward. 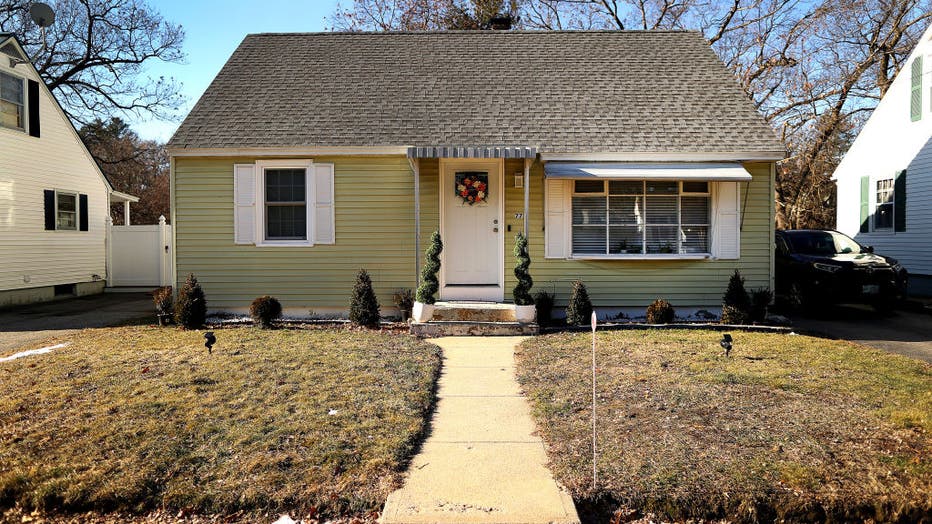 A home on Gilford Street in Manchester, NH, pictured on Jan. 4, 2022. Police had searched this home for missing Harmony Montgomery. This is where she was previously seen with her father, Adam Montgomery. (Photo by John Tlumacki/The Boston Globe via G

Police said in December 2021 they had made contact with Adam Montgomery and other family members to speak about Harmony. An affidavit said police told the father Harmony "had not been physically observed in over two years and that we had concern for whether or not she was still alive."

In early January 2022, Adam Montgomery and Harmony’s stepmother were arrested, separately, on charges related to her well-being.

Adam was arrested on Jan. 4, 2022, on charges that included second-degree assault stemming from conduct against Harmony in 2019, as well as charges of interfering with custody and child endangerment. Police accused him of "purposely violating a duty of care, protection or support" by failing to know where she has been since late 2019 — the last reported sighting of Harmony.

FOX News reported the 2019 conduct against Harmony involved Adam Montgomery allegedly punching Harmony, who is visually impaired and blind in one eye, in the face, leaving her with a black eye.

In a December 2021 interview with police, Harmony's great uncle told officers he saw her with a black eye in July 2019. He said Montgomery told him he hit her after he had seen his daughter holding her hand over her younger brother’s mouth to stop him from crying, according to the police documents.

Adam Montgomery has a criminal history of violence, which includes pleading guilty to shooting a man in a drug-fueled robbery in 2014, FOX News reported.

Police are still investigating the circumstances of the girl’s disappearance and actively looking for her.

This story was reported from Cincinnati. Megan Ziegler and the Associated Press contributed.