FAIRFAX COUNTY, Va. (FOX 5 DC) - A large crowd gathered at the National Rifle Association headquarters in Fairfax Monday to honor those murdered in Ohio and Texas and to call for stricter gun laws.

There is hope among gun-control advocates that the back-to-back mass shootings could spur bipartisan action on a bill requiring universal background checks for gun buyers, a bill that has already passed the House of Representatives but stalled in the Republican-controlled Senate.

Monday morning, President Trump tweeted, “Republicans and Democrats must come together and get strong background checks,” suggesting a measure be tied to immigration reform.

Congresswoman Jennifer Wexton (D-VA) joined protesters at the NRA and spoke about the potential the legislation will become reality.

“The President has a history of saying one thing and doing another,” said Wexton. “You know, he has been fanning the flames of white nationalism and racist hate for a long time. But if he’s serious about doing something about gun violence, he has a great opportunity. All he needs to do is call (Senate Majority Leader) Mitch McConnell.”

The NRA put out a statement about the mass shootings offering “deepest sympathies” to families and victims impacted and saying, “we will work in good faith to pursue real solutions that protect us all from people who commit these horrific acts.”

FOX 5 requested elaboration about specific solutions but received no response from the NRA.

The NRA reportedly spent $1.6 million lobbying against the expansion of background checks for gun buyers. 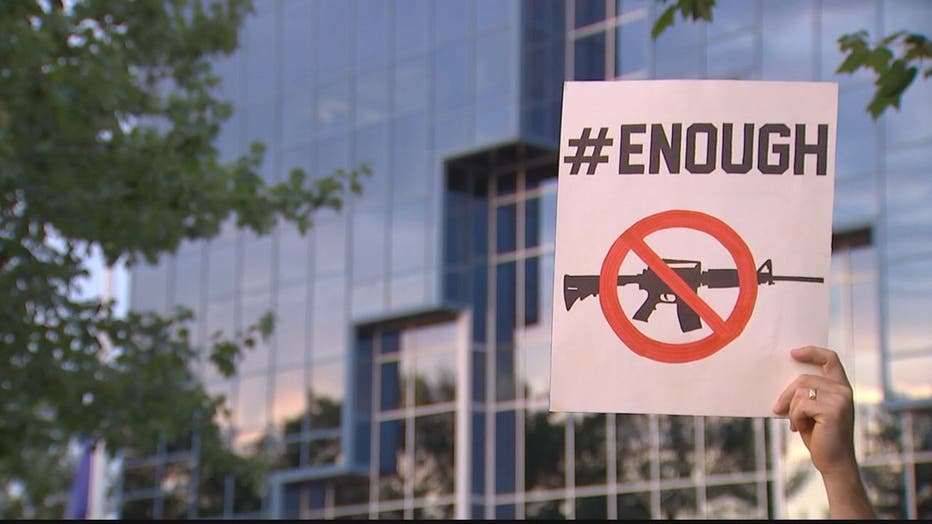 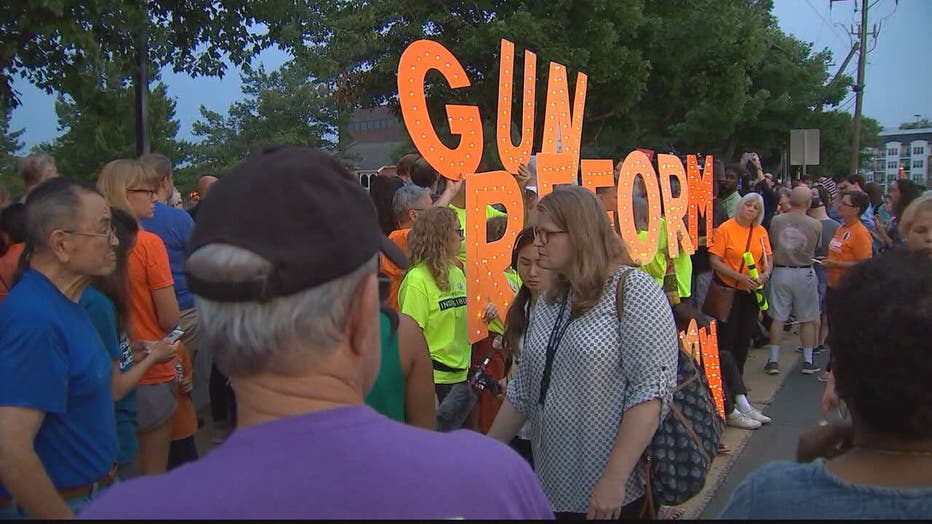 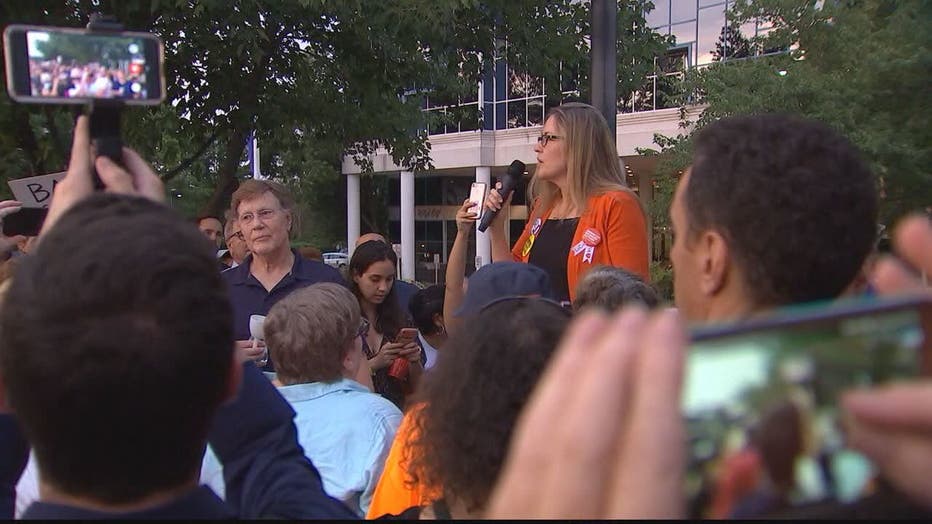