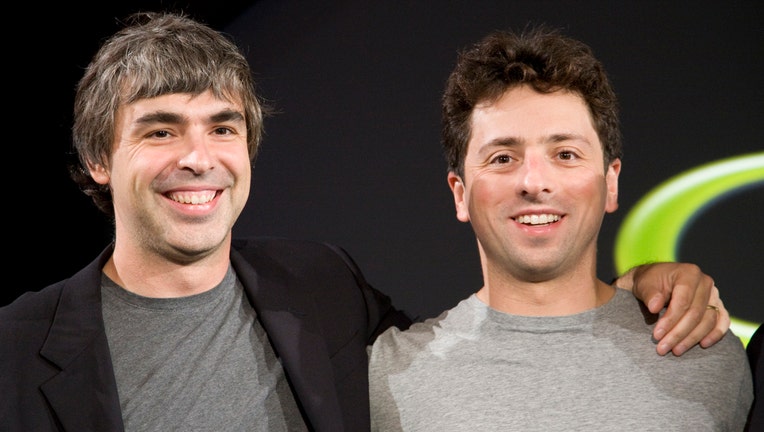 Larry Page (L) and Sergey Brin (R), the co-founders of Google, at a press event where Google and T-Mobile announced the first Android powered cellphone, the T-Mobile G1. (Photo by James Leynse/Corbis via Getty Images)

SAN FRANCISCO - Google co-founders Sergey Brin - a University of Maryland graduate - and Larry Page are stepping down from their roles within the parent company, Alphabet.

Google CEO Sundar Pichai will stay in his role and also become CEO of Alphabet.

Pichai has been leading Google for more than four years. Brin and Page have been noticeably absent from company events in recent months.

Brin and Page announced the news in a Google blog post Tuesday, saying the company has "evolved and matured" in the two decades since its founding.

Page and Brin started the search giant in 1998 in Silicon Valley.

Both founders promised they plan to stay actively involved as board members and shareholders, and lauded Pichai for his leadership of the company.