GREENSBORO, Ga. - He was sick. Really sick. In kidney failure, facing dialysis. And Raleigh Callaway had no idea what to do.

"It was hard for me to talk about it," he says.

It was 2014. At 49, the Greensboro, Georgia police detective and married father of two was being told he needed a kidney transplant. But he had no idea where to start.

"How would I get a donor," Raleigh asked himself. "What do I do? How do I go about trying to get a donor?"

Knowing her husband could wait up to 5 years on dialysis for a deceased donor kidney, Kristi Callaway got an idea. They took a family photo, holding a sign that read, "Our Daddy Needs A Kidney."

"Shared it to Facebook," Kristi says, "And it went bananas."

The news media picked up the story. The photo went viral. Hoping to find just one living donor for Raleigh, the Callaways received more than a thousand offers.

One was from a stranger named Chris Carroll in Texas. He saw their story on FOXNews.com and quietly got tested. When he learned he was a good match, he emailed Kristi Callaway.

"He felt called upon by God to help our family," she says Carroll told her. "And if we wanted to have a personal relationship, he would love that. If not, he understood."

Immediately, they wanted to meet Carroll and his wife.

On September 25, 2014, just 10 weeks after the Callaways posted their family photo, Chris donated one of his kidneys to Raleigh at Emory University Hospital. Raleigh had his second chance. But, Kristi wondered, what about the other 100,000 Americans still waiting for a kidney?

"I just knew there were so many people following our page that were willing to help us," Kristi Callaway says. "Why not give them the opportunity to help others?"

So, the "Our Daddy Needs A Kidney - Team Callaway" page changed. Kristi began featuring others searching for a living donor. A family friend, Brandy Angel, photographed each person, surrounded by family members.

One of those featured was Debra Phillips of Snellville, a wife, mother and grandmother. After years of high blood pressure and type 2 diabetes, Phillips was grieving the sudden shutdown of both her kidneys in the summer of 2013.

"It was hard, it was very hard," Phillips says. "It's almost like a death. Because you know that life is fixing to change drastically."

But her photo on the Facebook page moved mountains. After nearly two years on kidney dialysis, a glimmer of hope in June of 2015.

"I was in the waiting room at Piedmont Hospital, waiting for some x-rays," Phillips says, "And I get a phone call from Piedmont that I have a possible donor match."

There were more tests. And then, another phone call three weeks later.

"And it's Kristi Callaway," says Phillips. "And she's called to tell me my donor is her mother."

Kathryn Sorrells of Greensboro had seen how a stranger's gift had changed her son-in-law's life. Before Raleigh's kidneys began to fail, Sorrells says, she had no idea a living person could donate a kidney.

But, that became her mission. She began testing to see if she could be Raleigh's match. Once Chris Carroll stepped forward, she was tested to see if she'd be a match for a Henry County man featured on the Facebook page. But, that, too, fell through.

Now, Kathryn was seeing Debra, surrounded by her family, smiling for the camera. Waiting for her second chance.

"It was innate." Kathryn remembers. "It was just there. It was like, 'My kidney has got Debra's name on it.'"

Kristi Callaway was not surprised by her mother's willingness to help a stranger.

"She's always been my hero," says Kristi. "She's a special kind of special."

Debra Phillips and Kathryn Sorrell met for the first time in September of 2015, the night before their surgeries at Piedmont Hospital.

The transplant experience changed both of them.

"I just feel very grateful, and very blessed," says Kathryn. "I feel like, out of all of this, I'm the one who has been most blessed."

The three families are now good friends. And the Facebook page that brought them together has featured 38 people searching for a living kidney donor. Ten have found a stranger willing to be their donor.

Raleigh Callaway is back on the job with the Greensboro police, and feeling like a new man. He says he wishes he'd asked for help sooner.

Raleigh says his transplant journey changed him in so many ways. 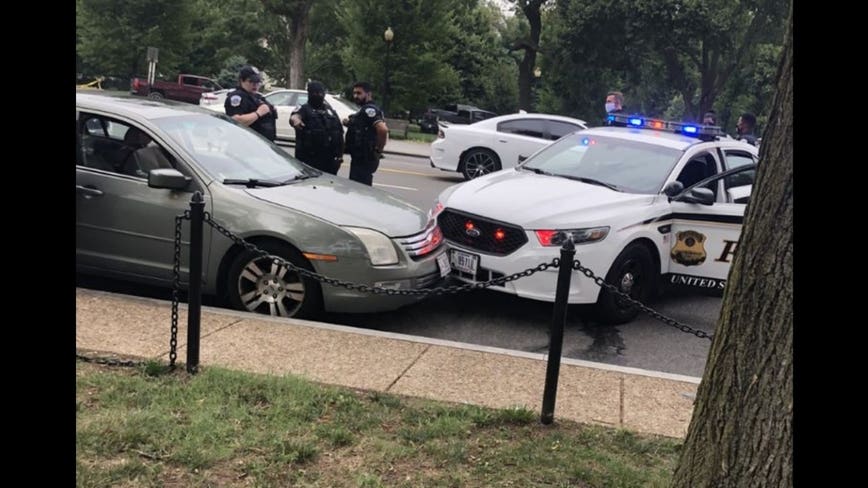