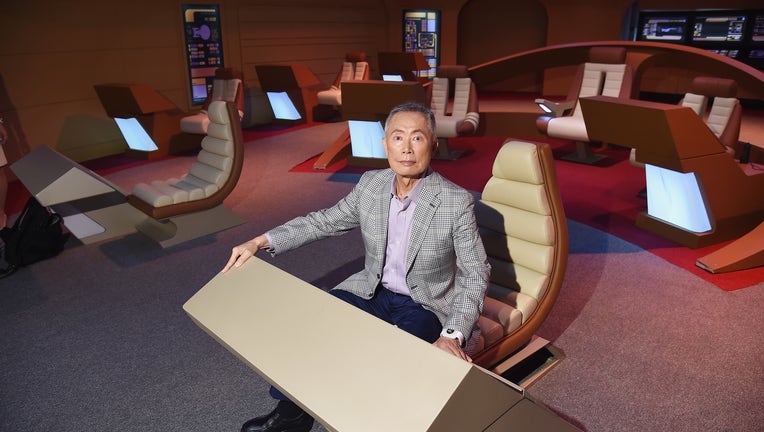 LOS ANGELES - Star Trek legend George Takei seemingly announced that he would be the final torchbearer to light the Olympic Flame in Tokyo in 2021.

However, it was all just a joke intended to be a "bit of levity in an otherwise dark time," according to the former actor.

Takei originally posted the fake news on social media with a picture holding the torch standing next to a table with various memorabilia, including his uniform from the popular science fiction show, Star Trek.

“This will be such a unique moment, before the eyes of a billion people, lighting the torch as a symbol of hope for the future in 2021 in Tokyo,” wrote Takei.

The next day, the 82-year-old actor and running enthusiest replied to the post with the revelation that it was all just a prank.

"And while I’ll not be lighting that fire myself, my eyes will look upon it as a symbol of our triumph over this invisible foe and a reuniting of the global community," wrote Takei.

Larry David has some strong words for anyone not social distancing

David dishes a positive take on the pandemic, describing how those who are going outside are passing up a fantastic opportunity to stay at home and watch TV.

Tokyo’s 2020 Summer Olympic Games were postponed upon the request of Japanese Prime Minster Shinzo Abe, in order to stop the spread of the COVID-19 outbreak.

Tokyo organizers said the opening ceremony will take place on July 23, 2021 — almost exactly one year after the games were due to start this year.

This year's games were scheduled to open on July 24 and close on Aug. 9. But the near exact one-year delay will see the rescheduled closing ceremony on Aug. 8. They are among a series of major events that have been forced to reschedule as a result of the ongoing coronavirus pandemic.