World War II veterans Al Maggini, 105, and Del Tiedman, 100, were invited to fly as passengers on a WWII-era plane for Veterans Day.

SANTA ROSA, Calif. - A pair of World War II veterans from the Bay Area spent Wednesday soaring above the North Bay in an airplane that was used during the deadliest conflict in human history.

It had been at least 40 years since either of the veterans had piloted a plane when Al Maggini, 105, and Del Tiedman, 100, were invited on Veteran's Day to cruise the Santa Rosa sky. Before departing, both men shared stories from the war and flexed their wit. 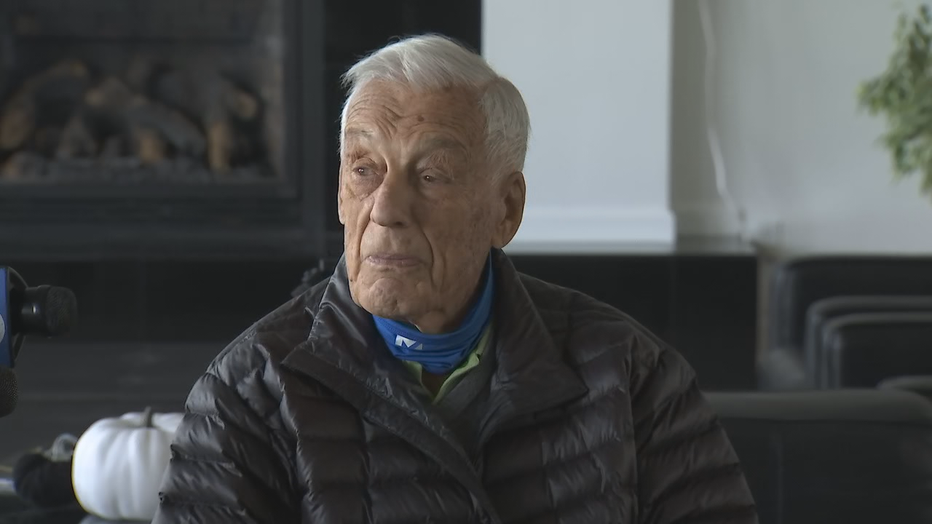 Al Maggini talks about the war and how long it has been since he piloted an airplane.

Maggini and Tiedman flew as passengers on The Spirit of Benovia, a C-53 Skytrooper that first flew in 1942 and belongs to Benovia Winery co-founder Joe Anderson. Pilot Jeff Coffman had control of the yoke when they departed KaiserAir Jet Center in Santa Rosa around noon on Wednesday.

Before they took off, tips for longevity were shared, stories were told and tears were shed. Grandpa jokes found their way in, too. At one point, Maggini humorously said a daily martini before dinner is what keeps him alive and Tiedman did an in-chair demonstration for how he’d fly at his current age, adding he last flew when he was 80.

MORE: Veterans, Gold Star families to get lifetime passes to US national parks

Speaking separately with journalists, both men were asked to describe what Veteran’s Day meant to them, and their approach to this obvious question differed in tone.

“Little difficult for me to answer that one,” said Healdsburg resident Tiedman as he apologized for getting choked up. “I think of the guys I knew quite well that didn’t make it. It means a great deal to me.” 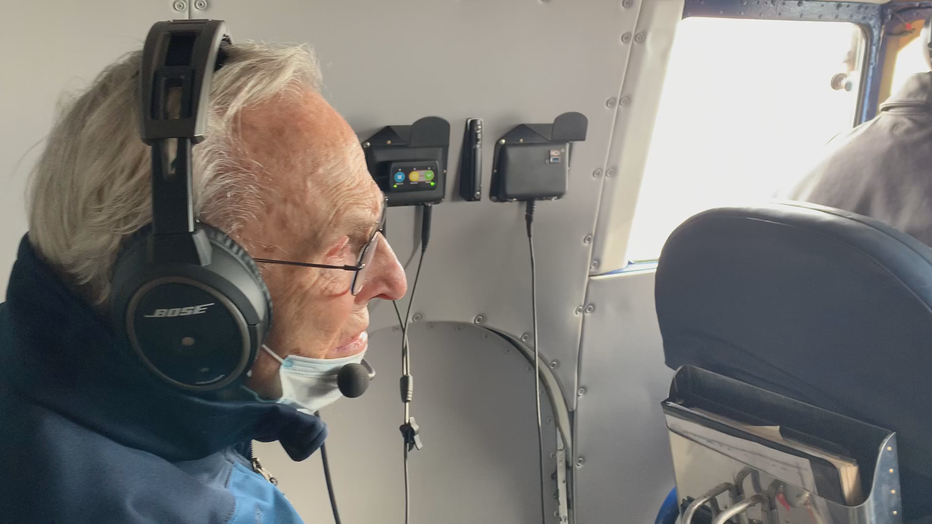 Del Tiedman flying on The Spirit of Benovia on Veterans Day.

But for Maggini, a Santa Rosa resident who completed 35 bombing missions as a B-17 navigator, the day doesn’t quite resonate the same, at least not this year. When the 105-year-old man was asked what Veteran’s Day means to him, he said “it’s nothing big" before juxtaposing his current take on Americans supporting their country and public sentiment during WWII.

“I don’t like people in this country saying it’s a lousy place. I’ve heard some people say it on television,” Maggini said. “I’m not talking politics or anything else, I’m just saying, ‘if you live in this country, you ought to be the happiest person in the world.' There’s no other place like it.”

He went on to discuss fear surrounding the missions he completed, and how people always ask if he was scared. Just one time, he said. Maggini had to do a forced landing with little engine power on a small airfield that had been recently bombed by the Germans.

“That was the only time I think I was scared in an airplane,” Maggini said. “The rest of it, you pretty much just did it. When you’re in combat, you’re working.” 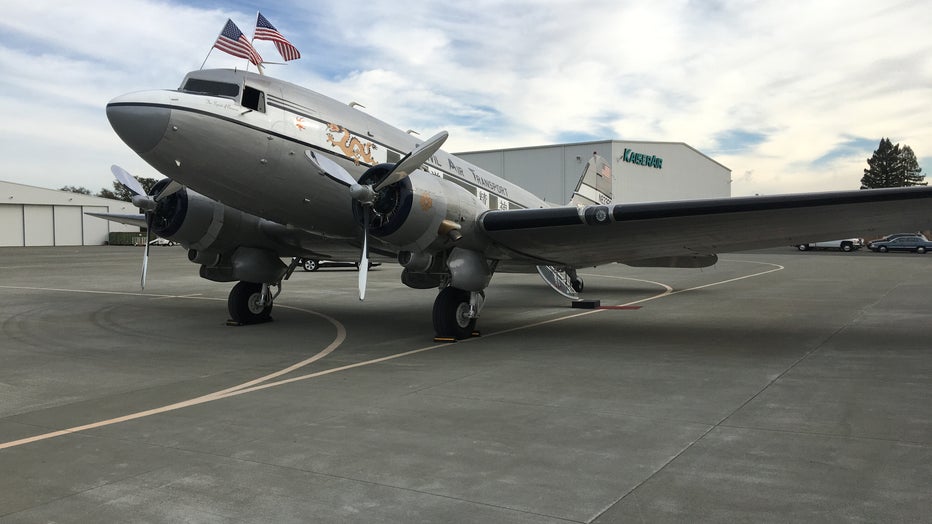 The Spirit of Benovia C-53 Skytrooper.

Tiedeman, who recently celebrated his 100th birthday, piloted planes similar to The Spirit of Benovia on D-Day when he successfully dropped paratroopers into France and safely evacuated hundreds of injured soldiers.

He often thinks about his friends from the service, the time shared and memories made, and says he can hardly speak without involving his fellow troops. Tiedman touched on what it was like returning home after the war as he viscerally illustrated emotion from then with tears and a light voice. He then paused for a bit before asked if he was ready to fly.