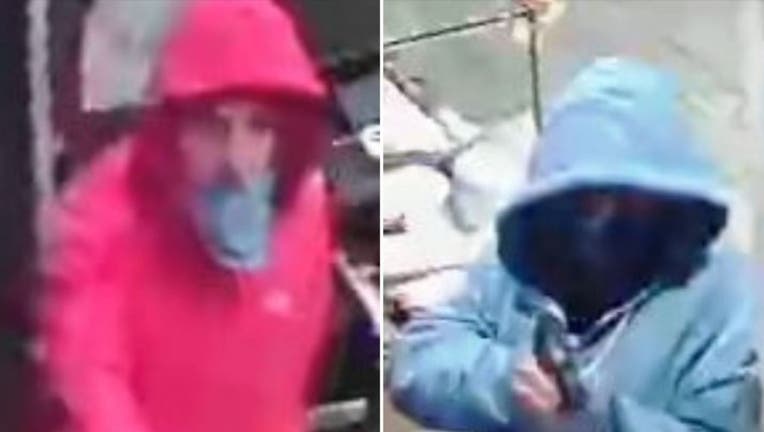 NEW MARKET, Md. - The Frederick County Sheriff’s Office is investigating after a man and a woman robbed a McDonald's location in New Market at gunpoint Sunday night.

Investigators say the pair entered the location at 11700 Morning Gate Lane around 8:30 p.m.

The woman asked for a drink, and when the cashier opened the register, the pair allegedly pulled out guns.

The man then went around the counter and pulled out cash from the open register.

The pair then ran away from the scene.

The male suspect was reportedly in his late 20s or early 30s, stood between 5-foot-9 and 6 feet tall, and had an average build. He also had a dirty blonde goatee style beard.

During the robbery, he wore a red hoodie, gray sweatpants, a blue facemask and white tennis shoes.

The female suspect is reportedly in her mid-30s, stands 5-foot-5 to 5-8, with a slender build. She reportedly wore black leggings, a light blue hoodie, a black mask and black tennis shoes.