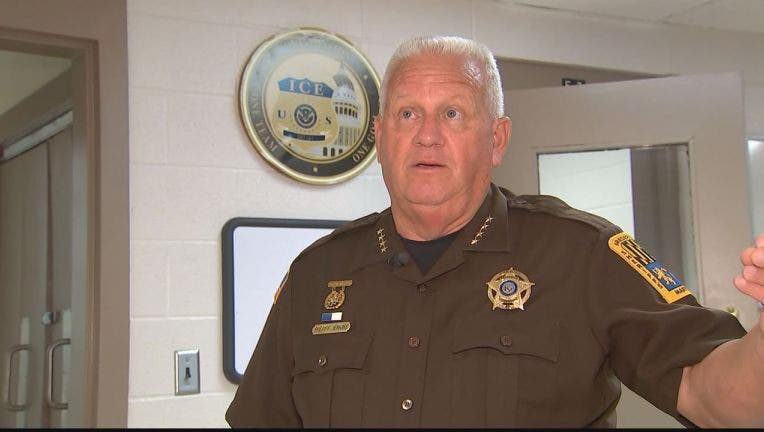 FREDERICK, Md. - The American Civil Liberties Union announced this week that a settlement had been reached in a lawsuit accusing Frederick County Sheriff Chuck Jenkins and his office of racial profiling.

Resources for Immigrant Support and Empowerment sued Jenkins after sheriff’s deputies pulled over a Latina Frederick County resident, claiming she had a broken tail light, and then detained her while trying to determine whether she was documented or not.
When Sara Medrano returned home, however, she discovered that her tail light was working fine.

According to the ACLU, the sheriff’s office racially profiled Medrano when they pulled her over, and violated her fourth amendment rights when they detained her for questioning.

The sheriff in Frederick County Maryland is defending his cooperation with federal officials to enforce immigration laws.&nbsp;

"It’s not right what they did to me. I believe there is racism within the police force. It is not just what they are doing against Hispanic people. We are all equal in this country," Medrano said.

According to the terms of the settlement, Jenkins was required to write a letter of apology, and $25,000 was awarded to Medrano. In addition, the defendants were required to pay $100,000 in attorneys’ fees.

While multiple neighboring counties refused to cooperate with federal officials investigating illegal immigration, Frederick County continued to do so.