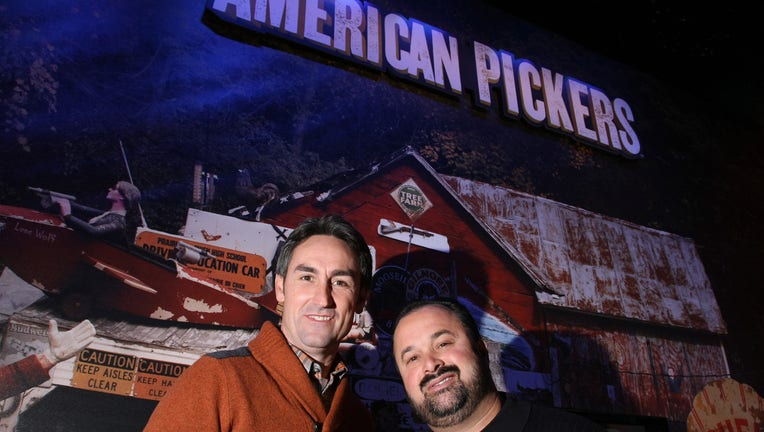 His former co-host, Mike Wolfe, took to Instagram on Thursday to announce the news.

"I have been very private in the past year in regards to Franks life and the journey he’s been on. There has been lots of opinions in regards to mine and Frank’s friendship and the show but now is not the time to set the record straight. Now is the time to pray for my friend," his caption began. 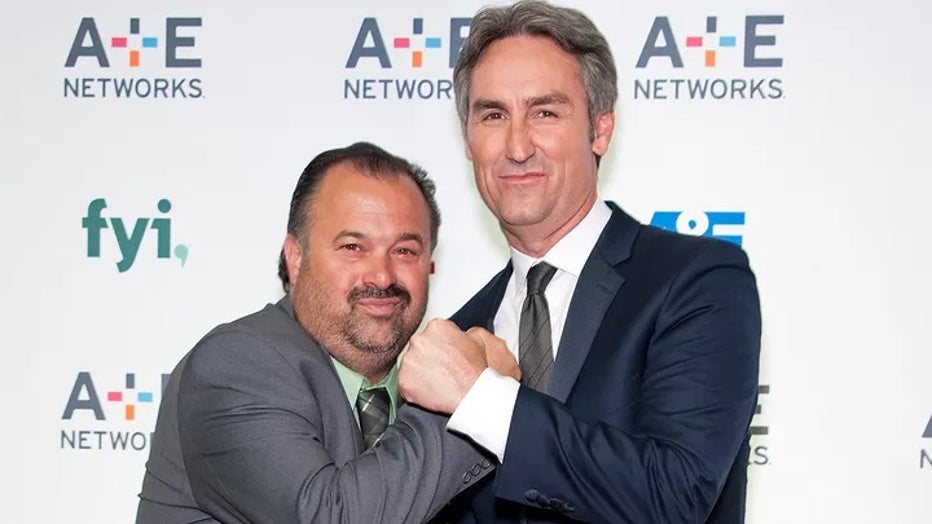 "Frank has suffered a stroke and is in the hospital. Please keep him in your hearts and thoughts."

'AMERICAN PICKERS' CO-STARS MIKE WOLFE AND FRANK FRITZ ARE AT ODDS: HERE'S WHAT YOU NEED TO KNOW

Wolfe continued: "Frank I pray more than anything that you make it through this okay. I love you buddy."

Last July, Fritz told The Sun he left the "American Pickers" series and is no longer in contact with Wolfe. According to the outlet, Fritz was fired from the hit History Channel show after he took a nearly two-year hiatus to recover from back surgery, which resulted in 185 stitches and two rods in his spine. 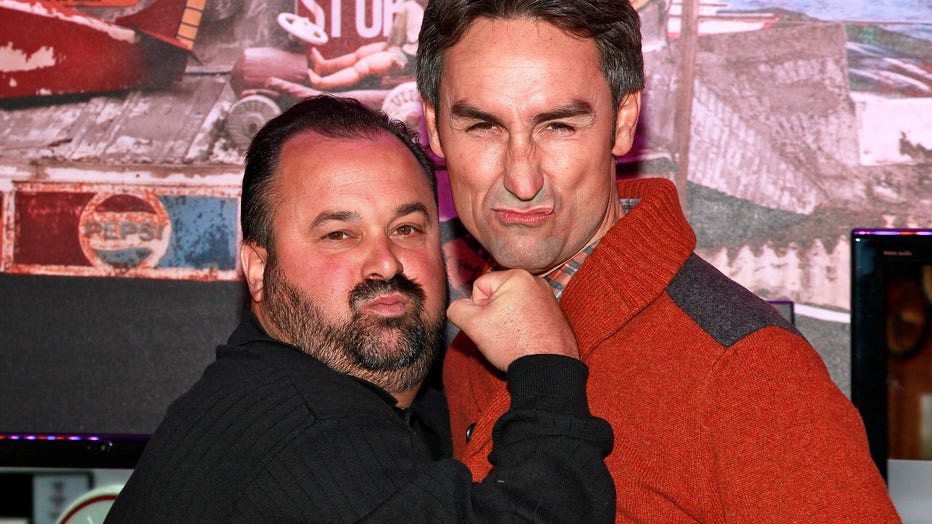 Fritz and Wolfe have had a rocky relationship since Fritz left the show last July. (Charles Eshelman/FilmMagic)

In August, Wolfe told the outlet that he would be happy to welcome his co-host back to the show.

"We all do care about Frank and we want him back on the show," the star insisted. "I would love to talk with him again, we would absolutely love to, but he just can’t get it right."

‘AMERICAN PICKERS’ STAR FRANK FRITZ SAYS HE HASN’T SPOKEN TO MIKE WOLFE IN TWO YEARS: ‘THAT’S JUST HOW IT IS’

Wolfe also claimed that there’s more to the story.

"Frank is just going through a lot personally with addictions," he alleged. "It’s unfortunate that he’s made decisions that have him the way he is." 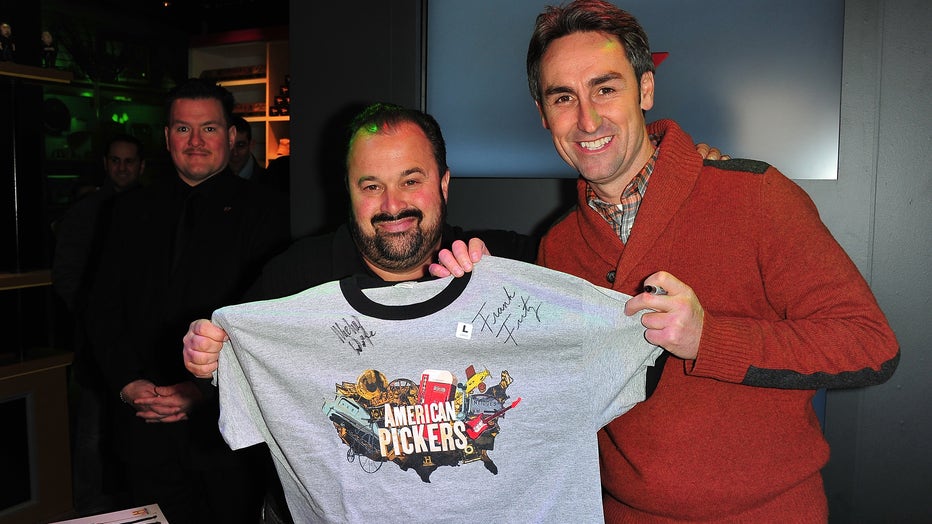 Fritz has made previous claims that Wolfe has not reached out to him in two years. (Brian Killian/WireImage)

At the time, Fritz admitted to the outlet that he wanted to return to "American Pickers" after his hiatus.

"I’d still like to get back to my job," he said. "I miss my friends and my people and being on the road and meeting all those different characters."

However, Fritz has made it known that his relationship with Wolfe has been on the rocks.

In July, Wolfe took to Instagram and released a lengthy statement, sharing he will "miss" Fritz and "pray for the very best and all good things for him on the next part of his journey."

But Fritz wasn’t having it. 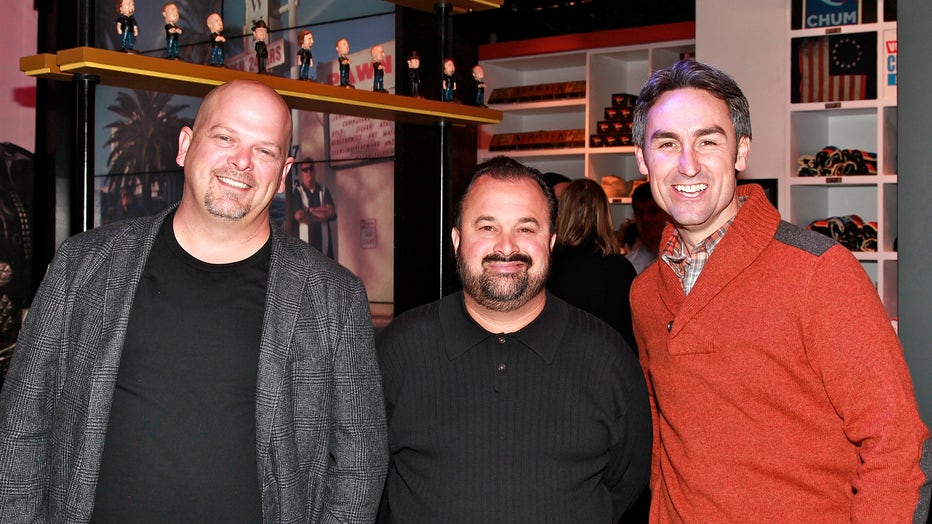 "Mike's statement was bulls—t, somebody wrote it out for him," Fritz told The Sun at the time. "We were never friends in grade school. I don't believe in 10 years he's said five nice things to me, you know? Unless he was cutting somebody else down and we were both laughing."

Fritz insisted that Wolfe didn’t reach out to him when he was experiencing health woes concerning his back injury.

"Mike didn't call me himself, never, like I said – we haven't spoken for two years," said Fritz. "That is the 100% truth and I don't like people that lie to people. I'm not a liar just for the fact that my brain can't remember if I lied or not. I don't lie to people, even if it hurts. If it hurts your feelings, I'm sorry. If you don't like me anymore, that's your problem."

A representative for Wolfe did not immediately respond to Fox News' request for comment.