WASHINGTON - Bill Richardson, the former U.S. ambassador to the United Nations and a frequent emissary in hostage negotiations who has worked to secure the releases of WNBA star Brittney Griner and another jailed American, Paul Whelan, visited Moscow this week and held meetings with Russian leaders, a person familiar with the matter said Tuesday night.

The visit came as American officials have continued to press Russia to release Griner, who was sentenced last month to nine years in prison in a drug possession case, and Whelan, a Michigan corporate security executive serving a 16-year sentence on espionage-related charges. The U.S. government regards both as wrongfully detained.

Secretary of State Antony Blinken announced in July that the U.S. had made a "substantial proposal" to Russia to facilitate a swap. Though he did not detail the terms, a person familiar with the matter said the U.S. had offered to release convicted Russian arms dealer Viktor Bout.

MORE: Dennis Rodman says he received permission to go to Russia to advocate for Brittney Griner's release from jail 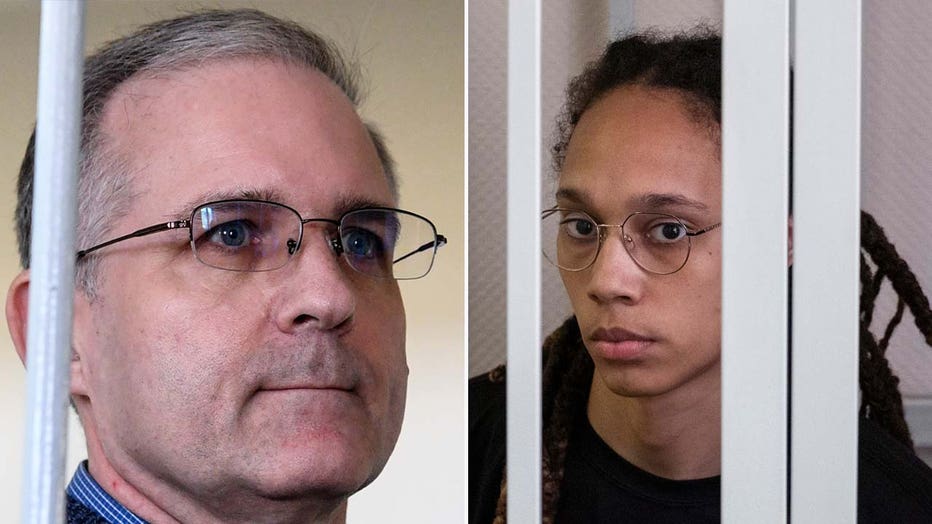 In an interview with The Associated Press last month, Richardson said he was hopeful about the chances of a two-for-two prisoner swap. In cases like this, Richardson said at the time, "it’s proportional — two-for two."

The person who confirmed Richardson’s visit insisted on anonymity to discuss private negotiations. The Richardson Center for Global Engagement, which Richardson founded, issued a statement declining to comment on his visit. The nature of the dialogue and any outcome were not immediately clear.

WNBA star Brittney Griner tried to call her wife nearly a dozen times through the American embassy in Russia on the couple’s fourth anniversary on June 18, but they never connected since the phone line at the embassy was not staffed, Cherelle Griner said.