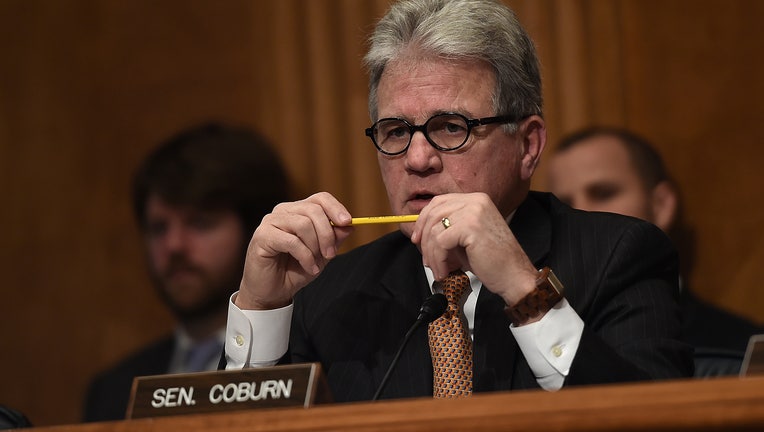 Coburn, who retired from the Senate in 2015 amid complications with cancer, died late Friday. His death was first reported by The Oklahoman. He was 72.

"Because of his strong faith, he rested in the hope found in John chapter 11 verse 25 where Jesus said, 'I am the resurrection and the life. The one who believes in me, will live, even though they die.' Today he lives in heaven," his family said in a statement to the outlet.

Coburn, who previously served in the House of Representatives, brought his experience as a doctor to the Hill, and was known as a fiscal conservative with a strong stance against government waste. He picked up the nickname "Dr. No" and released a "Waste Book" every year that outlined some of the more egregious examples of government waste.

Sen, James Lankford, R-Okla., who succeeded Coburn in the Senate in 2015  paid tribute to Coburn as a "tremendous leader" and a "great friend."

"He was unwavering in his conservative values, but he had deep and meaningful friendships with people from all political and personal backgrounds. He was truly respected by people on both sides of the aisle," he said in a statement.

“Dr. Coburn will be remembered by many around the country for his work in Congress, but in Oklahoma, he will be remembered as a physician, a Sunday School teacher, and a mentor," he said. He delivered over 4,000 babies and cared for thousands of moms in Muskogee. His greatest joy was his wife Carolyn and his daughters Callie, Katie, and Sarah and their families. Cindy and I pray for the Coburn family as they walk through this incredibly hard journey. They have lost a husband, father, and grandfather; we have lost a friend and a leader.”