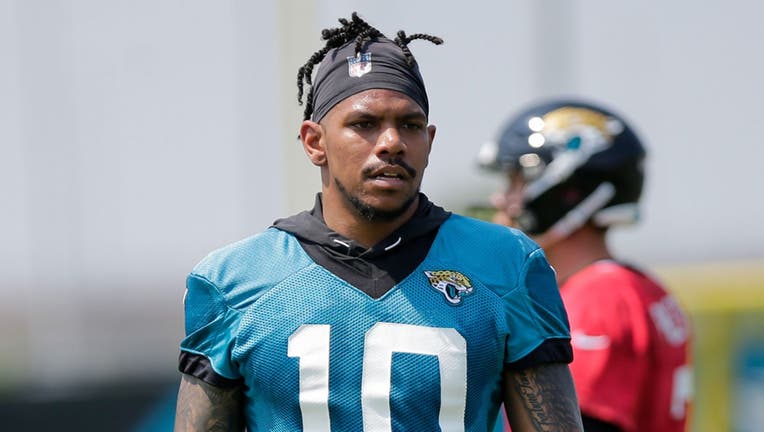 Terrelle Pryor with the Jacksonville Jaguars.

ORIGINAL: NFL wide receiver Terrelle Pryor is in critical condition after being stabbed in Pittsburgh overnight, according to multiple reports.

Pryor was reportedly at his apartment when he was stabbed. Police have arrested a woman in connection with the stabbing, according to WTAE.

Pryor was the starting quarterback for the Ohio State Buckeyes from 2008 to 2010, winning the Big Ten championship twice. He was subsequently drafted by the Oakland Raiders in the third round of the 2011 NFL Supplemental draft, playing quarterback before eventually switching positions when he signed with the Cleveland Browns in 2015.

He has also played for the Washington Redskins, New York Jets, Buffalo Bills and Jacksonville Jaguars. He is currently a free agent after being released by the Jaguars earlier this season.