R. Kelly Appears in Court for Day 3 of Trial

NEW YORK - R. Kelly lived in a "Twilight Zone" where he called all the shots, including whether visitors at his Chicago-area mansion could leave or order takeout food, one of his former employees testified on Friday.

Anthony Navarro was called as a government witness at Kelly’s sex-trafficking trial to describe the inner workings of the home where the R&B singer had a recording studio and a constant stream of female visitors.

The testimony bolstered the government's contention that Kelly controlled everything around him and created an environment where girls and women who entered the space faced strict rules that gave them little choice but to submit to the singer's sexual whims.

Being at the mansion "was almost like the ‘Twilight Zone,’" Navarro said. "It’s just a strange place."

RELATED: R. Kelly accuser tells court she was a minor when forced to follow 'Rob's rules'

Navarro told jurors that he never witnessed Kelly sexually abuse his victims as alleged at the trial that began earlier this week in federal court in Brooklyn. But there were "girls" who would stay for long stretches and couldn’t eat or depart without Kelly’s permission. 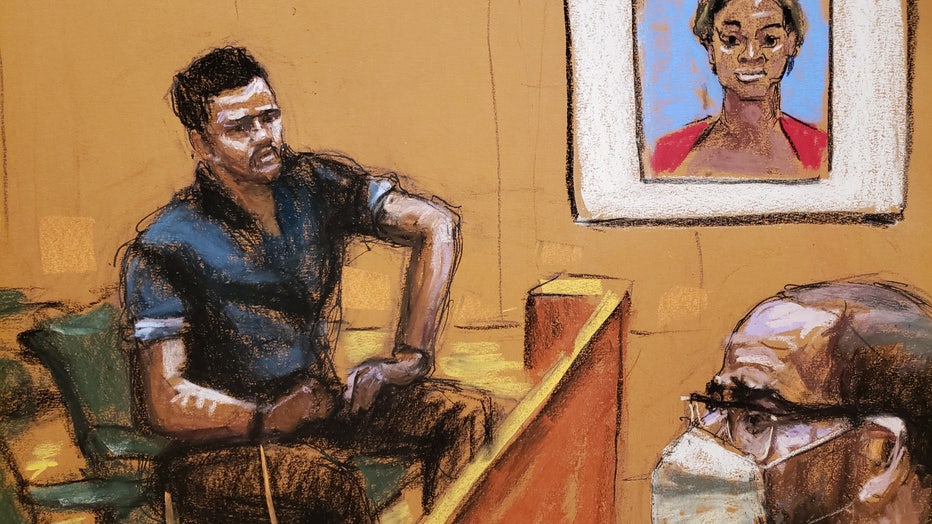 Navarro, who was trained as an audio engineer, spent much of his time doing menial chores for Kelly like driving visitors to and from his home.

"Mainly it was girls who were coming to the studio," he said.

It was the third day of testimony at a trial expected to last several weeks for a singer who became famous during a 30-year career through hits like "I Believe I Can Fly," a 1996 song that became an inspirational anthem.

Kelly, 54, has denied the accusations and his lawyers have portrayed him as a victim of women who targeted him after the emergence of the #MeToo movement brought a new look at the relationship between celebrities and their fans.