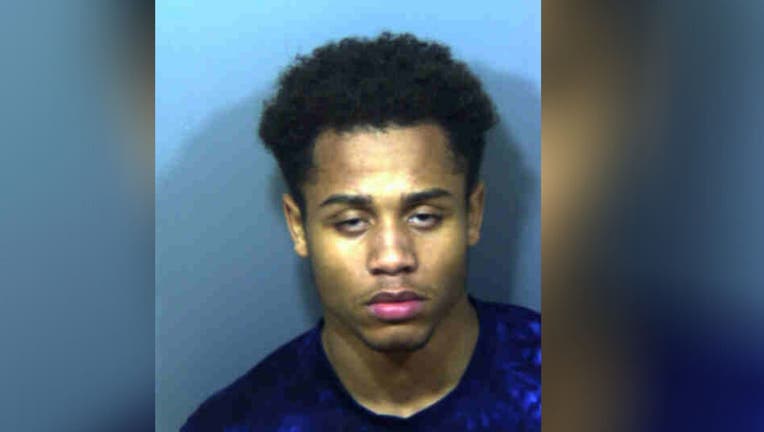 UPPER MARLBORO, Md. - A former four-star recruit from Prince George’s County is facing an array of charges, including attempted murder, after he allegedly fired a gun at a victim in Accokeek.

Investigators said they found seven .40 caliber shell casings at the scene, and the victim’s mother witnessed the incident.

Both of them described the car Hill was in, and police tracked him to a residence in Temple Hills.

When he left the home, police pulled him over and arrested him.

Along with first-degree attempted murder, police charged Hill with:

- Possession of a firearm

- Handgun on a person

They say Hill had previously threatened the victim, and after his arrest, investigators found multiple weapons in a closet in his home.

The former St. Frances Academy in Baltimore player had committed to Oregon as a cornerback after receiving scholarship offers from some of the top NCAA football programs in the country, including Alabama, Clemson, Florida, Michigan and Nebraska.