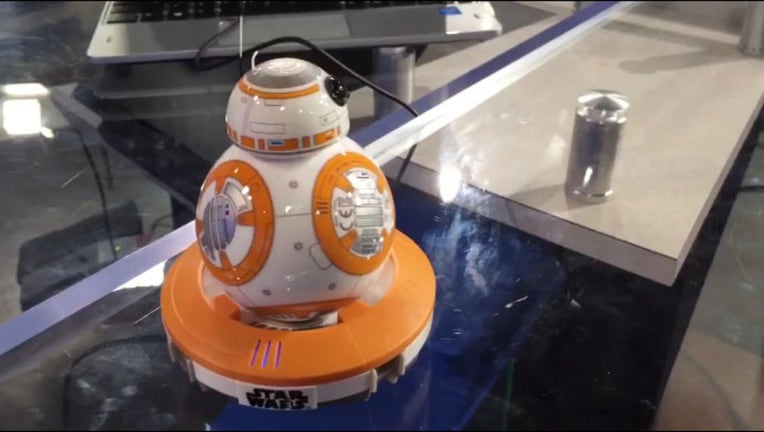 Did you know today is 'Force Friday?' FOX 5's Kevin McCarthy sure did! On Friday, Disney launched a massive marketing blitz promoting their new Star Wars film scheduled to hit theaters near the end of the year. Hundreds of toys and other items related to the film went on sale - including Kevin's favorite - the BB-8!

The BB-8 is described as a mini version of the droid featured in the new movie. It is kind of like an updated version of R2-D2 and looks like a giant rolling sphere, with a traditional droid head that somehow manages to stay on top. The mini version toy, created by Sphero, moves much the same way.

And as if three was not enough, he bought another one and asked our assignment editor Brendan O'Connell to run out and pick it up so he could show it off in the newsroom!

You can buy your own BB-8 here: http://store.sphero.com/products/bb-8-by-sphero