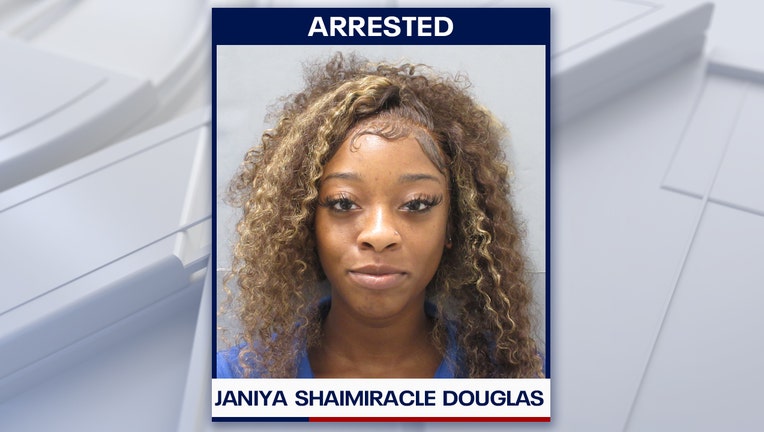 KEY LARGO, Fla. - A 19-year-old South Florida woman who fled from law enforcement in the Florida Keys told the deputy who caught up to her that getting arrested was on her "bucket list."

The deputy spotted the woman's Toyota sedan "speeding and driving recklessly" just before 8 a.m. Thursday morning on Card Sound Road in Key Largo. He turned on his lights and siren but said the driver did not immediately stop.

RELATED: Thieves start fire inside South Florida Target as a diversion so they could shoplift, police say

Douglas eventually pulled over miles later, at the intersection of Card Sound Road and Overseas Highway.

Before she was taken to jail, the woman told the deputy that getting arrested had been on her bucket list since high school.