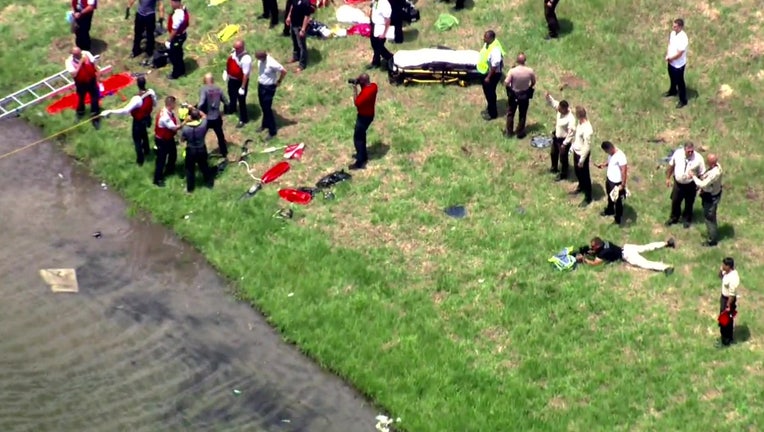 MIAMI - When a minivan crashed into a retention pond off of a South Florida highway, rescuers rushed to search for survivors – only to realize alligators were lurking in the murky water.

The crash happened late last month, when the driver of the minivan lost control on the exit ramp of the Florida Turnpike in Miami-Dade County. 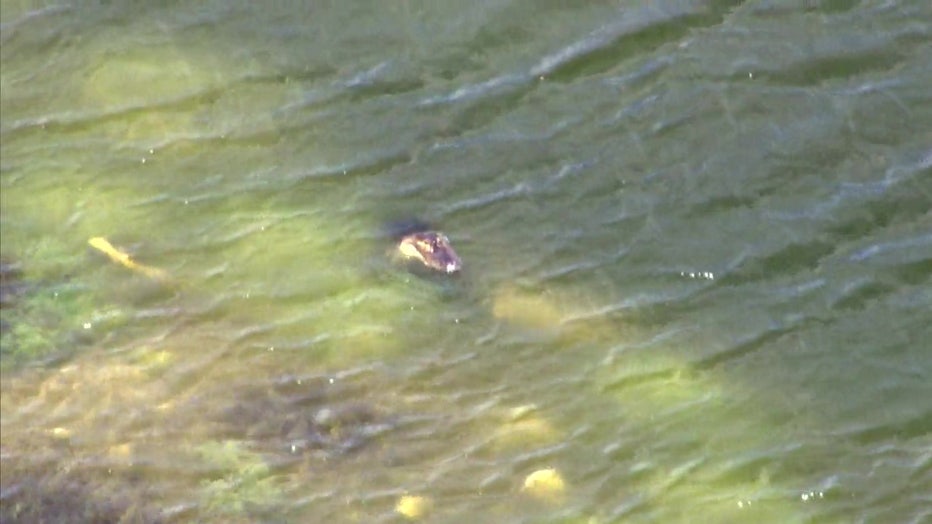 Florida Highway Patrol told WSVN the vehicle overturned and drove into the pond.

As dive teams responded for search and rescue, police snipers positioned themselves around the pond to protect divers from alligators. Aerial video from WSVN showed officers lying on their stomachs in the grass with their rifles trained on the water. 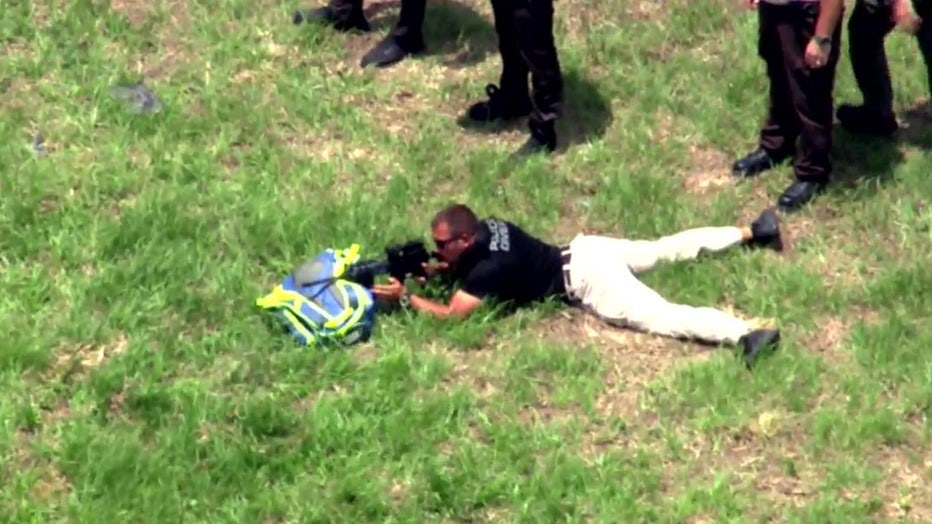 Rescuers eventually pulled two people, a man and an elderly woman, from the submerged minivan.

Both were transported to a local hospital in critical condition. The woman survived, but the man later died.