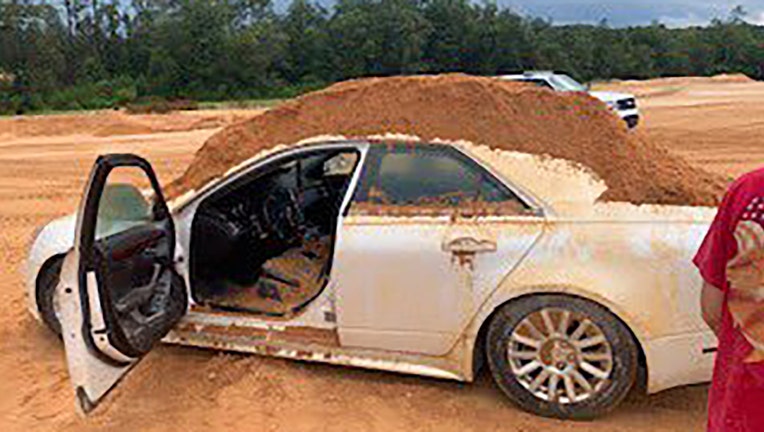 CRESTVIEW, Fla. - Deputies arrested a Florida man after they said he dumped dirt on his girlfriend's car when she refused to answer him.

The Okaloosa County Sheriff's Office said 20-year-old Hunter Mills invited his girlfriend to talk at an excavating company in Crestview.

But when the woman showed up in someone else's car and refused to answer a question, deputies said Mills used a front-end loader to dump dirt on the roof of the 2010 Cadillac sedan.

Investigators said the window was down, which caused dirt to fill up the air vents, center console and power windows. The vehicle also sustained scratches to the top, hood and trunk.