OAKLAND PARK, Fla. - The Broward County Sheriff's Office says that deputies are searching for a man who swung a sword at a jogger during an argument over a pile of trash.

They said that investigators have released home surveillance video showing the incident. On July 15th, the victim was jogging around his neighborhood in Oakland Park when he stumbled upon a bulk trash pile in front of a vacant home. The jogger noticed that the pile had caught the attention of a man in an older, white van. The man was already perusing through the items.

So, the jogger reportedly stopped and decided to look around as well. He found a black heavy-duty dump cart that he decided to keep. However, the other man became upset and felt that he had the rights over the pile since he was looking through it first. They exchanged words but the jogger eventually took the cart and started pushing the item home.

After arriving home, the Broward County Sheriff's Office said that the jogger realized he was being followed by the man, who was carrying a long sword. He began swinging the sword at the jogger as he tried to wrestle the cart away. The jogger eventually told the man that the attack was being captured on video. The suspect saw the camera and retreated while threatening to return. 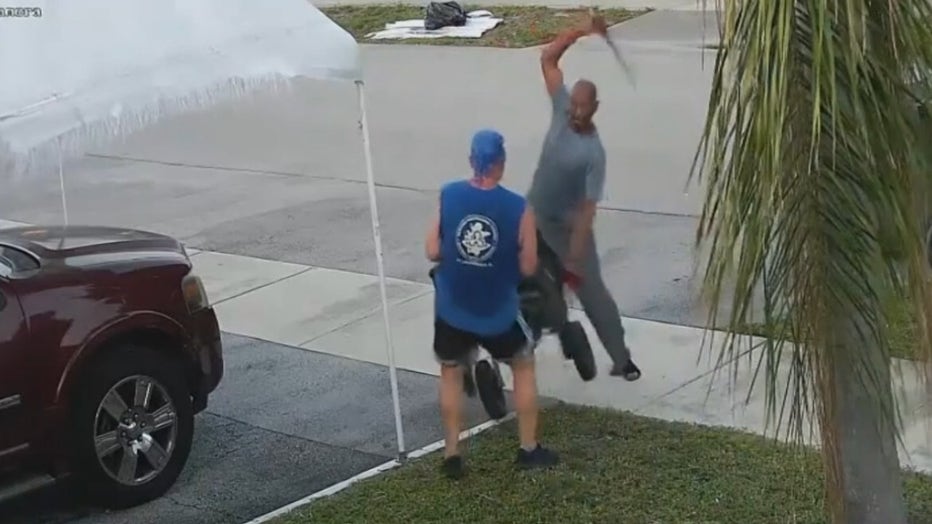 They went on to say that due to the altercation, the jogger ended up leaving the cart sitting in his yard. Minutes later, he spotted a woman approach and drag the cart away from his yard as she flung insults. Detectives believe the sword suspect and the woman know each other.

The vacant home where the incident occurred was reportedly near Prospect Road and Northwest 11th Terrace.