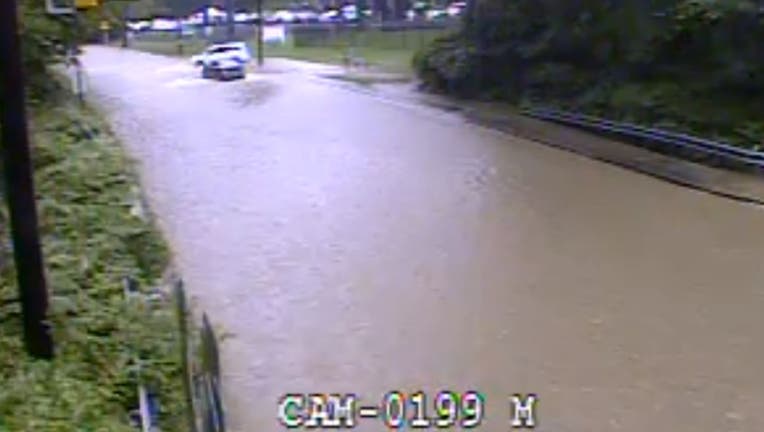 BETHESDA, Md. - Flooding is creating havoc on multiple roadways in Montgomery County as heavy rains sweep through the D.C. region on Thursday.

The intersection of Goldsboro Road and Massachusetts Avenue in Bethesda has been shut down as a result of the flooding – and multiple vehicles are reportedly in high water.

According to one official, Montgomery County emergency has gone to “Code Red” due to the high volume of calls.

Multiple roadways in Montgomery County were hit with flooding on Thursday.

Some flooding was also reported elsewhere in the area – including Northwest D.C.

Columbia Heights was one of many areas that became flooded Thursday as rain pounded the D.C. area.

Emergency officials are asking people to avoid the area.