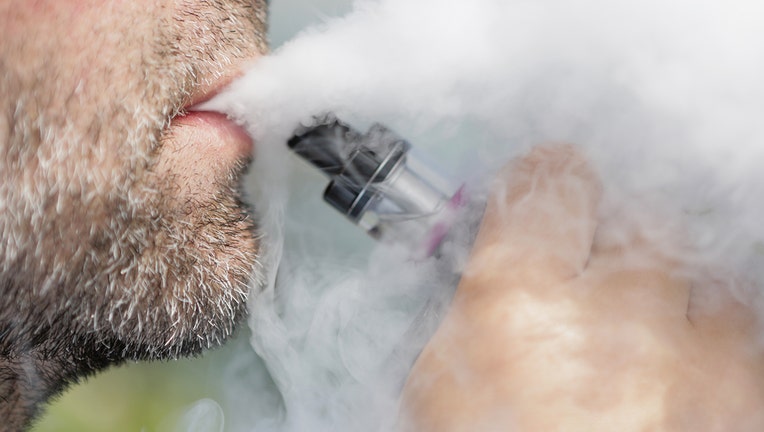 A man smokes an e-cigarette. Vaporizer devices like this, including those that contain THC, are causing an uptick in illnesses reported by users. (Lisa Ducret/picture alliance via Getty Images)

According to health officials, a man from the southwest region of the state died in the outbreak of a severe lung injury associated with e-cigarette use or vaping.

Health officials say the death was initially reported on September 26 by Cone Health in Greensboro, N.C.

"I am deeply saddened to announce the first death of a Virginia resident related to this outbreak. Our thoughts are with the family during this difficult time," said Virginia State Health Commissioner M. Norman Oliver, MD, MA.

No additional details will be released in order to protect patient confidentiality, health officials say.