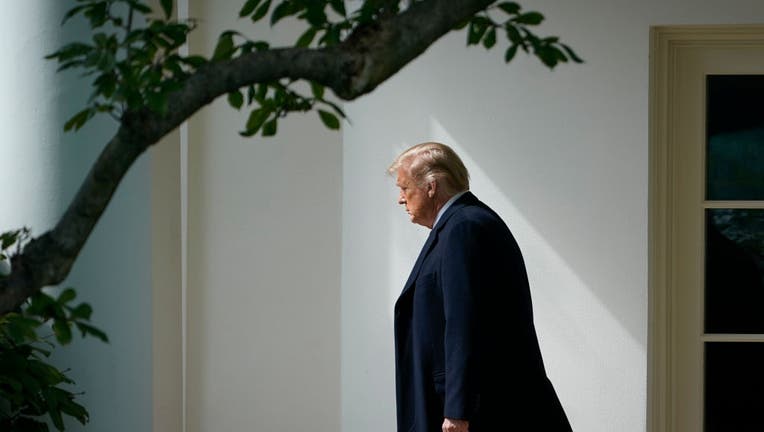 President Donald Trump exits the Oval Office and walks to Marine One on the South Lawn of the White House on Oct. 1, 2020 in Washington, D.C. (Photo by Drew Angerer/Getty Images)

U.S. District Judge James Boasberg, in rejecting the lawsuit, said it "rests on a fundamental and obvious misreading of the Constitution."

The judge, who was appointed by former President Barack Obama, also said it was filed on behalf of plaintiffs without standing, in the wrong court and with no effort to serve the defendants.

"It is not a stretch to find a serious lack of good faith here," Boasberg wrote.

The case was brought against Vice President Mike Pence, Congress and the Electoral College. It alleged a "cabal" of public-private partnerships broke the law to prevent Trump from winning. It sought to have state legislatures approve the certification of elections.

Biden warns of damage to national security by Trump administration

President-elect Joe Biden gave remarks Dec. 28, 2020 and warned of damage done to the national security apparatus by the Trump administration and roadblocks in communication that could undermine American security.

In addition to Wisconsin, other states targeted in the lawsuit were Arizona, Georgia, Michigan and Pennsylvania. Wisconsin Republican state Reps. Jeff Mursau, of Crivitz, and David Steffen, of Howard, were among those who brought the lawsuit filed in conjunction with Wisconsin Voters Alliance.

That group failed in two other lawsuits it brought seeking to undo Biden's win in Wisconsin and other states. Trump and his allies have lost dozens of lawsuits filed seeking to overturn his loss to Biden.