The U.S. Food and Drug Administration on Wednesday approved a tweaked version of the COVID-19 booster, after ordering a recipe change in an attempt to ward off new variants this fall and winter.

Currently, the BA.5 strain is causing nearly all COVID-19 infections in the U.S. and much of the world. Authorities are taking a gamble that the strain, or something similar, will still be the biggest threat in the coming months and, to get ahead of another mutation possibly transpiring, have fast-tracked approval of a targeted booster.

In June, the FDA ordered vaccine makers to tweak their shots to target BA.4 and BA.5, becoming the so-called ‘combo shot.’

Current COVID-19 vaccines match the strain that circulated in early 2020. And while those vaccinations still offer strong protection against serious illness or death, there’s little effectiveness against infection from the wildly mutated omicron family.

To approve the combo shot, FDA has relied heavily on scientific testing of prior vaccine tweaks rather than on a human study of the BA.5-tweak’s effectiveness, which could take months. A wait that long heightens the risk that another mutation could take over.

This means authorities are taking a gamble on how effective the combo shot will be.

How does the combo shot work?

Think of the combination shot as a second-generation vaccine. And if you want to be on par with the scientists, call it a "bivalent" shot.

A bivalent shot strategy allows a shot to keep the proven benefits of the original vaccine while adding to its protection.

It’s a common vaccine strategy: Flu shots, for instance, can protect against four influenza strains and are tweaked annually depending on what’s circulating.

Both the Pfizer and Moderna vaccines contain the genetic instructions for the spike protein that coats the coronavirus, to train the immune system to recognize the real virus. The new combo doses will contain instructions for both the original spike target and the spike mutations carried by BA.4 and BA.5.

The U.S. is the only country so far to go for this bivalent shot strategy. 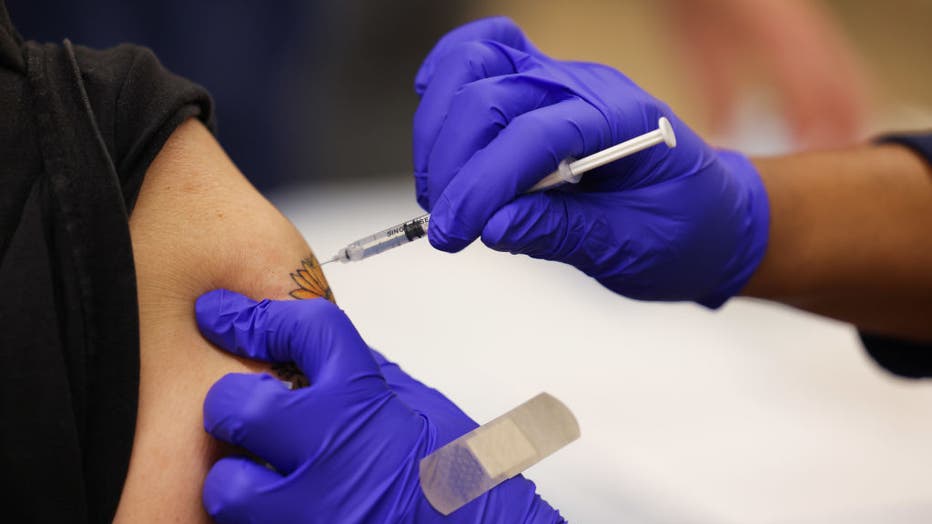 How was the combo shot tested?

Instead of risking the months’ wait for data from a human study on BA.5, researchers have relied heavily on other studies.

To evaluate the combo shots, FDA used data from human testing of the earlier BA.1-tweaked doses plus tests on mice of the BA.5-targeted version.

It’s a gamble, as researchers can’t say for sure how effective the tweaked version will be, and many consider the strategy controversial.

"For the FDA to rely on mouse data is just bizarre, in my opinion," John Moore, an immunologist at Weill Cornell Medicine in New York, told NPR. "Mouse data are not going to be predictive in any way of what you would see in humans."

Human data on the newest tweak will come later in the year, to help assess the value of modified shots — especially whether they offer cross-protection if a new mutant comes along, Marks said.

Moderna has started a clinical trial of its BA.5 combo shot; Pfizer and its partner BioNTech expect to open a similar study soon.

Who can get the combo shot?

Even though the FDA has signed off, the updated shot isn’t available just yet. Next needs to come the green light from the U.S. Centers for Disease Control and Prevention.

Their panel is set to meet Sept. 1-2 to discuss the combo shot to offer a recommendation on who should — or shouldn’t — get it.

Pfizer wants everyone 12 and older to get the shot, while Moderna has applied only for adult use. CDC will determine if people at highest risk should go first. Studies of doses for younger children are expected later in the year.

A government rollout plan anticipates that people who've already gotten their initial vaccinations would qualify for one of the new combination shots, regardless of how many boosters they've already had.

Pfizer and Moderna don’t make the only U.S. vaccine options. Novavax makes a more traditional, protein-based shot — and U.S. health authorities just expanded its use for people as young as 12. Novavax also plans to offer a variant update later in the year.

Whether or not Americans will take the updated shot is to be seen as well.

While three-quarters of Americans 12 and older have gotten their initial vaccinations, only half got a first booster shot — deemed crucial for the best protection against variants. And just a third of people 50 and older who were advised to get a second booster when omicron arrived did so.

Prior to the shot’s approval, the Biden administration began stressing its value.

"It’s going to be really important that people this fall and winter get the new shots. It’s designed for the virus that’s out there," White House COVID-19 coordinator Dr. Ashish Jha said.