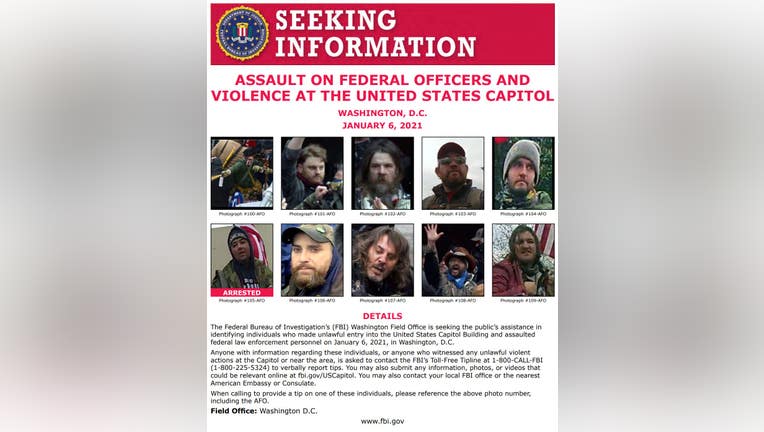 WASHINGTON - The Federal Bureau of Investigations released additional photos of suspects who they say were involved in a Jan. 6 riot on Capitol Hill.

The agency has already arrested more than 130 suspects from throughout the country – and they have identified hundreds more.

The suspects were involved in a riot that led to the deaths of five people – including a Capitol police officer – and sent lawmakers and journalists scrambling for secure locations.

Many of the suspects were involved in assaults on law enforcement – including D.C. police officers – and some of the lawmakers said they feared for their lives during the incident.

The protesters marched on the Capitol after a rally in which former President Donald Trump reiterated his claims that the results of the 2020 election were fraudulent. 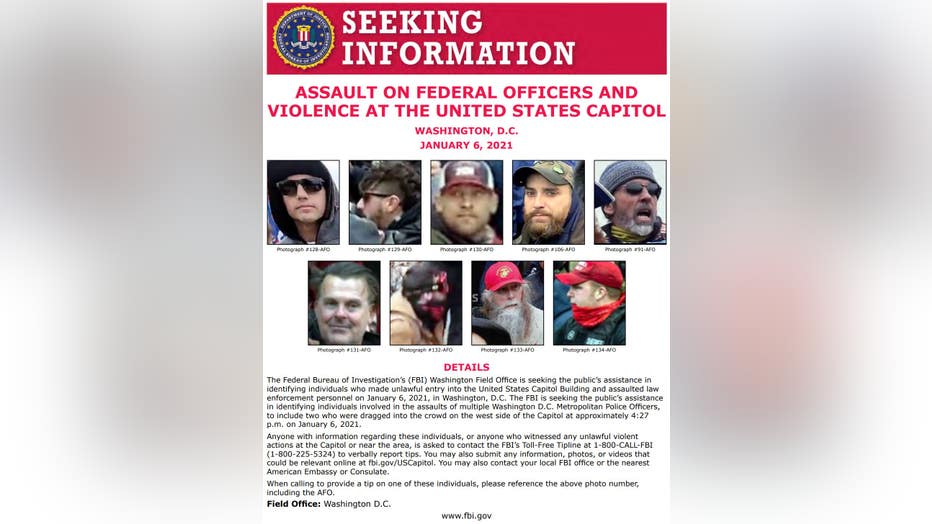 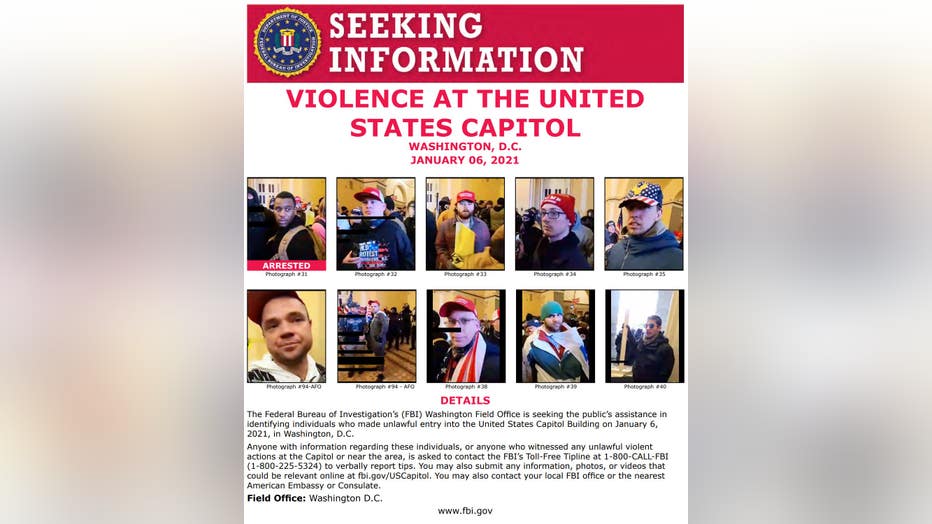 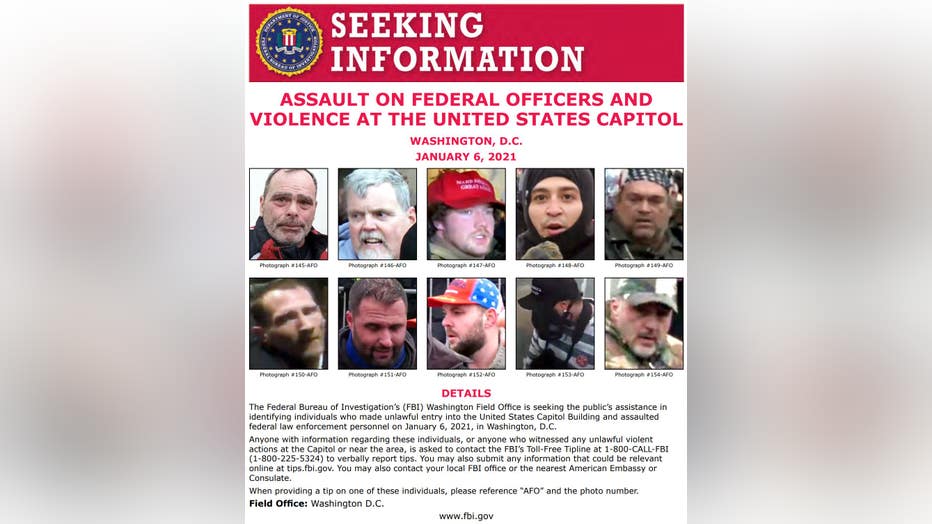