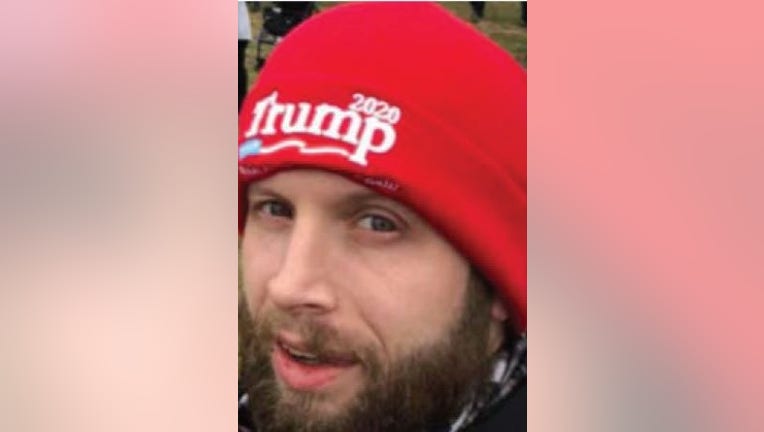 Garret Miller of Dallas County, Texas is charged with violent entry, disorderly conduct and other charges, according to a complaint filed Tuesday in U.S. District Court in D.C.

The complaint includes photographs and video Miller posted of himself at the Capitol during this month's deadly riot.

Miller later posted a death threat ("Assassinate AOC") to Ocasio-Cortez after she condemned the attack on Twitter, the charging document shows: 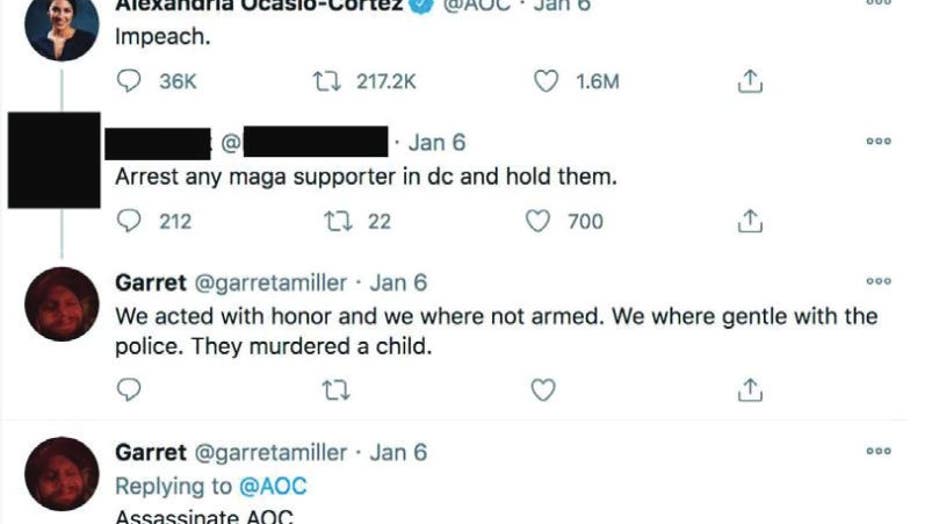 Miller also posted a death threat to the Capitol Police officer who shot and killed a Trump supporter during the riot, saying the officer  "deserve[s] to die" "so its [sic] huntin season."