FBI update on arrests from attack on US Capitol

The enormous investigation into the deadly attack at the US Capitol continues to grow.

WASHINGTON (FOX 5 DC) - The enormous investigation into the deadly attack at the U.S. Capitol continues to grow.

So far, the FBI has opened more than 400 cases – 150 of them being federal. The agency is also looking closely at evidence related to sedition charges, which would result in 20 years in prison.

Investigators say they are working tirelessly to find everyone involved in the insurrection. The FBI is releasing new posters weekly of the suspects they want to hold accountable.

Nearly three weeks after the assault, which left five dead, at least 135 people have been arrested, and Acting U.S. Attorney Michael Sherwin said the numbers are "growing by the hour."

Sherwin said there are 150 federal cases and 50 D.C. Superior Court cases, totaling almost 200 cases they have either announced or are under seal.

The FBI is looking for not only those who breached the Capitol but also those who assaulted law enforcement officers, members of the media, and committed other heinous crimes. 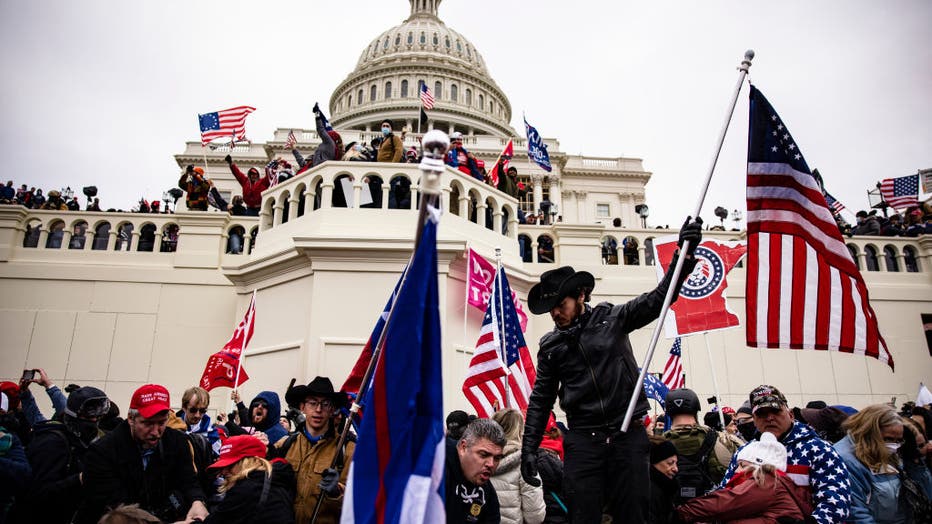 One of their most recent arrests was 22-year-old Riley Williams. She is accused of stealing a laptop from House Speaker Nancy Pelosi's office.

Court documents reveal Williams posted a 32-minute video of the incident on YouTube and called it: "Storming the Capitol: The Inside Story."

Federal prosecutors claimed Williams told her ex-boyfriend she would sell it to someone in Russia who would then send it to the Foreign Intelligence Service.

Williams is currently under supervision.

Another recent arrest by the FBI was 23-year-old Gracyn Dawn, a senior at the University of Kentucky. She was charged for stealing government property under $1,000 and disorderly conduct on Capitol grounds.

An Instagram user screenshot their messages with her, where Dawn said, "I walked into the chamber - it's history - I don't care - I thought it was cool."

Assistant FBI Director Steven D'Antuono said the agency needs help identifying the suspect or suspect responsible for planting pipe bombs at the headquarters of the Republican and Democratic national committees. A $75,000 reward is being offered for anyone who has information leading to an arrest and conviction. D’Antuono describes it as a "top priority."

"The components of the bomb made it a viable device," he explained.

The FBI has received more than 200,000 tips so far which includes pictures and videos. The agency is encouraging the public to keep them coming. Anyone with information should call 1-800-CALL-FBI or visit: fbi.gov/tips