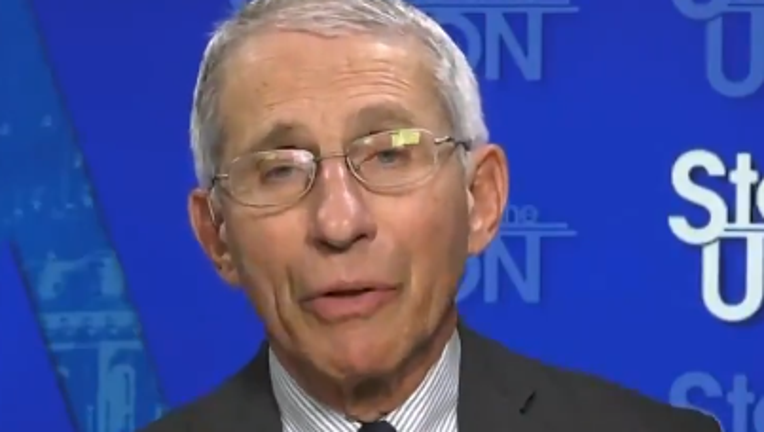 WASHINGTON - Dr. Anthony Fauci, director of the National Institute of Allergy and Infectious Diseases, pointed to a glimmer of hope that came from a dark week where coronavirus death counts hit record highs, claiming that the numbers may hint at a promising future.

Fauci said that while the numbers of those who succumbed to COVID-19 rose drastically in recent days -- the U.S. hit 2,000 deaths and New York had its highest number of casualties in a single day -- new hospital cases were on the decline.

“At the same time that a place like the New York metropolitan area had a really terrible, terrible week of suffering and death, nonetheless the indications of that part of this machine that drives this outbreak is starting to level off," Fauci told CNN's "State of the Union."

Fauci explained that the same day that New York had its highest number of deaths, other statistics were encouraging.

“When you look at the admissions, the hospitalizations, the intensive care, and the need to intubate, that not only has flattened, it’s starting to turn the corner. So that’s what we're hopeful [for], and it’s cautious optimism that we are seeing that decrease, and if you look at the patterns of the curves in other countries, once you turn that corner hopefully we’ll see a very sharp decline.”

Fauci warned that it will be a difficult balance to keep the numbers from going back up when the country eventually gets back to normal.

“You want to make sure you don’t do something prematurely and precipitously, at the same time you pay attention to the need to try and get back to normal.”

Fauci also noted that the U.S. will have to be ready to deal with new cases once social distancing measures are lifted or eased, particularly in places like New Orleans and New York City.

“If you start and when one starts to relax some of those restrictions, we know that there will be people who will be getting infected. I mean, that is just reality. The critical issue is to be able to in real time identify, isolate and contact trace. That’s called containment.”

As far as when the U.S. could see a return to normal daily life, Fauci said it is unlikely that it will happen all at once.

Fauci did predict that a return to normal life could begin "at least in some ways maybe next month," but noted the difficulty in making predictions of that nature. He expressed hope that a gradual process could result in it being safe for Americans to go out to the polls in November for the presidential election.

He also warned that a rebound could happen in the fall, but hoped that the country would be better prepared in that even than it was when the outbreak first hit.