IRVINE, Calif. - A fast-moving wildfire burning Monday in Southern California forced the evacuation of an estimated 90,800 people and two firefighters were injured as the region faced gusty Santa Ana winds and the threat of continuing fire danger.

The flames broke out shortly before 7 a.m. PT in Orange County, south of Los Angeles, and was initially reported at 10 acres. Within 30 minutes, the blaze had exploded to 50 acres, fire officials said. 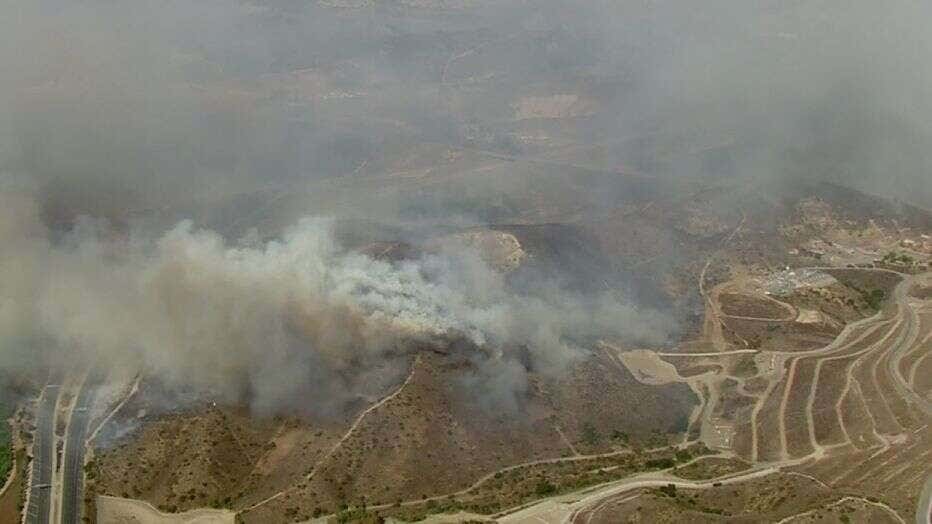 The fire began in Santiago Canyon and later jumped the 241 Freeway, according to the Orange County Fire Authority (OCFA).

Within hours, it had exploded to at least 7,600 acres with zero containment.

Mandatory evacuations were issued in the Irvine area due to the fast-growing flames, officially dubbed the Silverado Fire. Area school districts were also forced to evacuate students and staff, including some buildings within the Tustin Unified School District.

Approximately 90,800 residents were evacuated Monday morning but so far, no structures were impacted. Several road closures were also announced in the area, the OCFA said.

Roughly 500 fire personnel responded Monday to battle the flames, facing 20-30 mph "erratic winds" with the potential to reach up to 70 mph, according to FOX 11 Los Angeles. Two firefighters were critically injured while fighting the blaze and were being treated at a nearby hospital, the OCFA reported.

Red Flag warnings remained in effect for Los Angeles and Ventura counties through Tuesday due to the strong Santa Ana winds. The National Weather Service said the the Los Angeles County mountain areas, in particular, were facing a dangerous situation due to an “unusual combination of very strong winds, single digit humidities, and extremely dry vegetation.”

Winds had calmed slightly by Monday, but still topped 60 mph (97 kph) and the strong winds and dry conditions were expected to prevail through Tuesday. A second round of strong gusts is predicted to sweep through the same areas Monday night, the National Weather Service warned.

Southern California Edison utility cut off power to about 18,250 customers Monday, mostly in San Bernardino County to the east of Los Angeles. The utility said it was considering preventative safety outages for another 117,000 customers in six counties later in the day.

Los Angeles County officials urged residents to sign up for emergency evacuation notices and to be prepared to stay with family or friends in less risky areas. Local fire officials boosted staffing as a precaution. 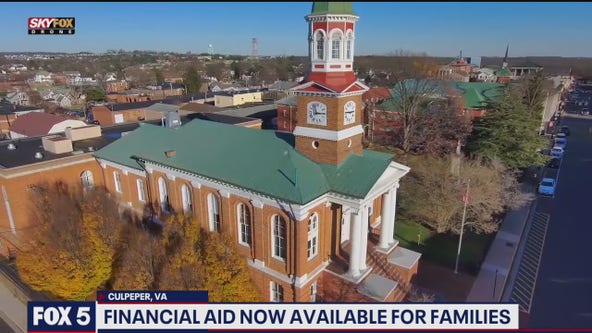