Family members say 7-year-old Reagan Grimes didn't even initially notice she had been shot when she came running to her mother after a spray of gunfire riddled a Northeast D.C. apartment courtyard before sundown Saturday.

WASHINGTON - Family members say 7-year-old Reagan Grimes didn't even initially notice she had been shot when she came running to her mother after a spray of gunfire riddled a Northeast D.C. apartment courtyard before sundown Saturday.

Grimes had been hit in the chest and was bleeding, according to her grandmother. The girl is expected to make a full recovery, Tina Grimes says. 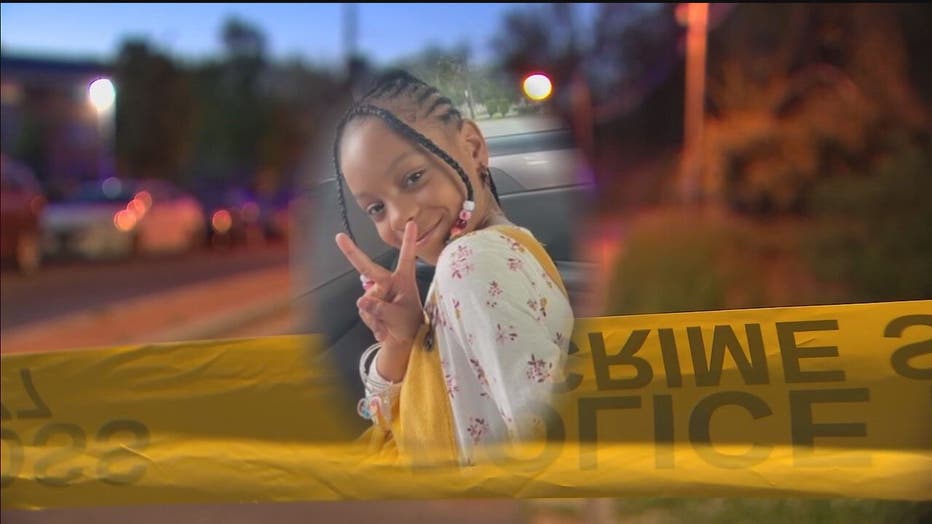 The gunfire pierced the otherwise quiet evening just before 7 in the Paradise at Parkside Apartments in D.C.'s Mayfair neighborhood.

Evidence markers indicated someone fired more than a dozen shots while Reagan Grimes was playing with a new friend. She and her mother were visiting family.

The seven-year-old, who her grandmother describes as girly and friendly, was hit in the chest but is not breathing on her own and talking. Police initially said her injuries were considered life threatening.

A 7-year-old girl is recovering at the hospital after she was shot over the weekend in northeast. Meanwhile, investigators are asking for your help to find a vehicle of interest involved in the shooting. FOX 5’s Maureen Umeh has the latest.

"Stop shooting kids, women, men. When they say Black Lives Matter what does that mean? That's how I feel," said Tina Grimes.

"Get these guns out of our city. We have kids getting killed or shot," Alvonette Grimes said.

Sunday D.C. Police released a surveillance image of car of interest in the case, though it's not clear if the gunfire came from the car or someone on foot.

No arrests have been made.

The District has struggled with escalating gun violence over the last year, including homicides which are up 36 percent as compared to this time last year, according to D.C. Police crime data.