The bus service will operate on a Sunday schedule Friday due to a planned strike.

FAIRFAX COUNTY, Va. (FOX 5 DC) - If you take the Fairfax Connector to work, this story is for you!

The bus service will operate on a Sunday schedule Thursday and Friday due to a planned strike. 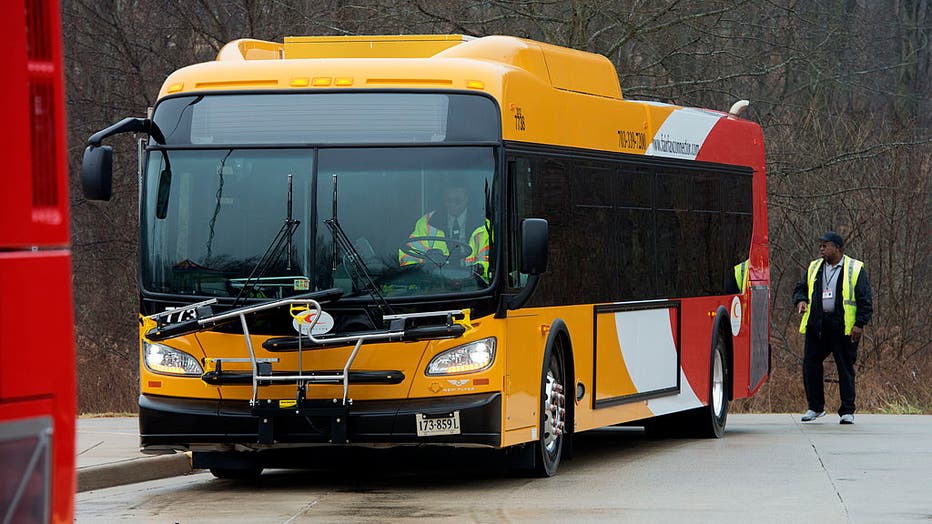 A Fairfax Connector bus rolls into position to take part in the press conference at the Burke Centre VRE Station on Saturday, January 13, 2013. (Photo by Tracy A. Woodward/The Washington Post via Getty Images)

Thursday's strike will affect 91 routes and an estimated 30,000 bus riders and bus-rail commuters across the region.