Janet Wood, 77, says she spent five days in her vehicle where she was trapped due to the snow.

NEW JERSEY - A woman was rescued by Newark firefighters after she said she was trapped inside her vehicle for five days.

Janet Wood, 77, told reporters Thursday that she is homeless "with benefits" and lives in her minivan, but goes to a motel when it gets too cold outside.

Emergency crews responded to the area of Lincoln Park at about 9:45 a.m. where Wood was trapped. Her vehicle was covered in snow and plowed in.

Wood was able to get out of the Honda minivan.  S he spoke with members of the media who had gathered after her rescue.

"As soon as I'm able to I'm leaving. I'm taking this car and going to a realtor and asking him, sir, how much would you charge me to find me a place to live," said Wood. 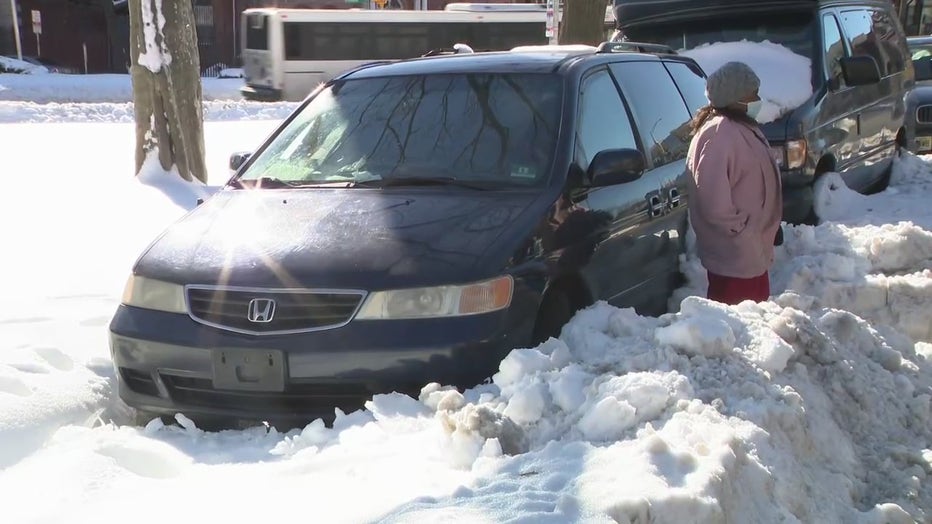 "I got a lot of bills. For me to get the apartment where I need to be I got to pay my bills or pay my rent so I'm paying my bills," said Wood.

The area saw near-record snowfall totals during the recent storm that dropped more than a foot of snow in the Brick City.

"I don't know if the city is ever going to come and haul us away or pray for rain. I pray for rain or something until this is gone," said Wood.