With thousands of armed National Guard troops on downtown corners, it is either impossible to get to many businesses or people are scared to try because of security concerns, says Dr. Ashley Speights, owner of The PHYT Collective, a physical therapy clinic.

INAUGURATION DAY 2021: Everything you need to know

Dr. Speights' business is just a block from the White House.

"This week we actually really had to close down," said Dr. Speights.

John Falcicchio, deputy mayor for planning and economic development tells FOX 5 during a normal inauguration week some businesses would make more than they make in several months because of tourism. The pandemic and security concerns make that impossible this year.

Falcicchio says the Bowser administration has asked FEMA and other federal government agencies for funding to help downtown businesses. 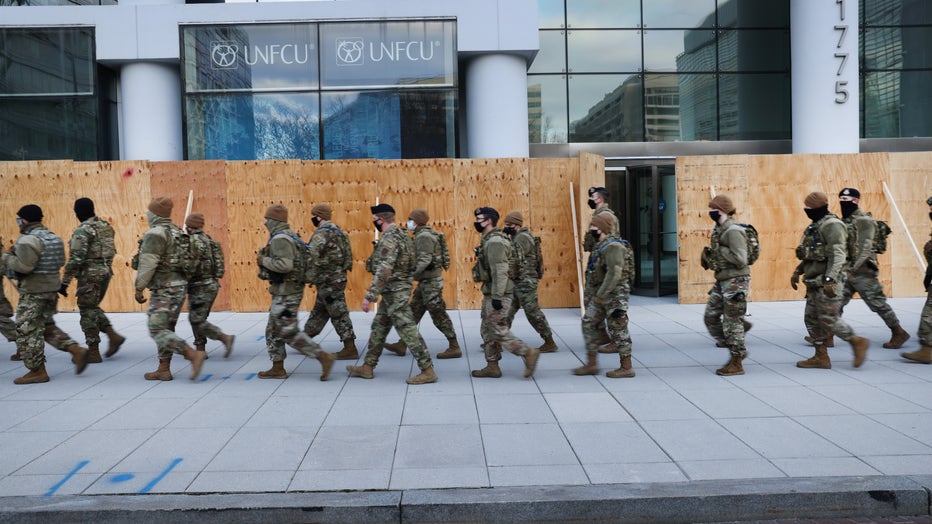 Members of the National Guard patrol the streets as businesses are boarded up on January 19, 2021 in Washington, DC. (Photo by Spencer Platt/Getty Images)

"We're also going to reach out to the Small Business Administration to see what more they can do for District businesses, especially those that are in the Central Business District and immediately adjacent to it. It's really important that these businesses have a lifeline because this week already added on top of a bad situation given COVID," Falcicchio said.

DC officials also hope at least restaurants see a boost from a winter restaurant week beginning January 25 which is set to coincide with the lifting of the temporary ban on indoor dining.