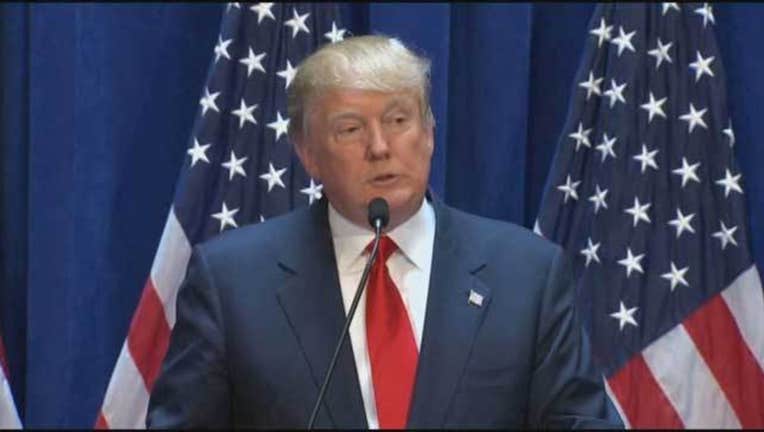 Trump, widely believed to be the wealthiest person ever to run for president, holds leadership positions in more than 500 business entities, according to his 92-page personal financial disclosure, a report required of all presidential candidates.

While the documents don't prove or disprove Trump's top-line estimates, even a conservative reading of his annual income - well over $250 million - shows he is more than equipped to personally finance a high-dollar presidential bid. With most of the Republican field scavenging for the tens of millions of dollars needed to sustain even a basic primary run, the only financial limit on Trump's campaign is his willingness to spend his fortune. So far, he has only lent his campaign $1.8 million and boasted, "I'm not using donors."

The report shows his assets to be worth well above $1.4 billion, including at least $70 million in stocks. Trump carries debt of at least $240 million.

It's impossible to tell from the documents exactly how much Trump is worth because the figures are detailed in broad ranges, with the top category being "more than $50 million." Trump has complained that the forms aren't adequate to reflect his wealth. The form shows that real estate holdings form the core of his assets and provide much of his income, with a wide array of branding and marketing deals providing tens of millions more. The deals include more than $1 million from licensing Trump's name in Turkey, at least $1 million in men's wear licensing royalties and $5 million from a developer in Panama.

Trump is not above pursuing smaller business opportunities, such as an Israeli beverage endorsement contract worth between $50,000 and $100,000, and $50,000 speaking engagements.

The form also gives a sense of the potential financial toll of Trump's controversial comments on immigration. In June, he characterized illegal immigrants from Mexico as "criminals" and "rapists" prompted television networks and some retailers to cut ties with him.

Trump recently claimed he received $214 million in income from NBC for his "Apprentice" and "Celebrity Apprentice" television programs over the past 14 years. While the new disclosure does not provide a similar figure, it shows that Trump's entertainment production firm, "Trump Productions LLC," has brought in more than $4 million in revenue. The firm is Trump's New York production arm for both his "The Apprentice" and "Celebrity Apprentice" programs as well as the Miss USA and Miss Universe pageants.

Trump also listed two entities involved with his role in televised beauty pageants, Miss Universe and Miss USA. NBC recently dropped its televised broadcasts of both pageants after Trump made inflammatory comments about Mexican immigrants. Trump had already previously agreed to no longer appear in his "Apprentice" shows because he was running for president.