WASHINGTON (AP) - President Donald Trump has declared that he has the “absolute right” to issue a pardon to himself. Yet the law is much murkier than his confidence suggests.

No president has attempted to pardon himself while in office, so if Trump tries to do so in the next six weeks, he will be venturing into legally untested territory without clear guidance from the Constitution or from judges. Legal experts are divided on an inherently ambiguous question that was left vague by the Founding Fathers and has never had to be definitively resolved in court.

“It's impossible to anticipate every factual scenario that could come up under a legal provision. This is why we have the courts," said University of Baltimore law professor Kimberly Wehle.

Talk of a potential pardon comes with Trump facing a swirl of investigations as he prepares to leave office, including New York State inquiries into whether he misled tax authorities, banks or business partners.

In favor of a self-pardon is the broad power the Constitution affords a president when it comes to issuing clemency for federal crimes — both charged and not-yet charged — and the absence of any law or language that explicitly prohibits such an act.

But some scholars say a self-pardon collides with other provisions of the Constitution or even fundamental principles of law. The Constitution’s text — affording the president “power to grant reprieves and pardons for offenses against the United States, except in cases of impeachment" — can be read to suggest that the Founding Fathers envisioned some sort of limitations on a president’s pardon power. It could also mean the power is to be used on someone else, not yourself.

“You could say, implicit in the definition of a pardon or implicit in the notion of granting a pardon — because the Constitution uses the word ‘grant’ — is that it’s two separate people,” said Brian Kalt, a law professor at Michigan State University. “You can’t grant something to yourself. You can’t pardon yourself.”

It could also seem to run afoul of the fundamental principle that no one — in this case, a president issuing himself a pardon — may serve as a judge in his own case.

That was the reasoning cited in a 1974 opinion from the Justice Department’s Office of Legal Counsel, dated days before President Richard Nixon’s resignation, that said “it would seem” a president could not pardon himself.

But that same opinion does suggest a potential workaround, envisioning as legally acceptable a scenario in which a president declares himself temporarily unfit for office under the Constitution’s 25th Amendment and transfers power to the vice president, who could then issue a pardon. The president could then either resign or resume his duties, the opinion said. 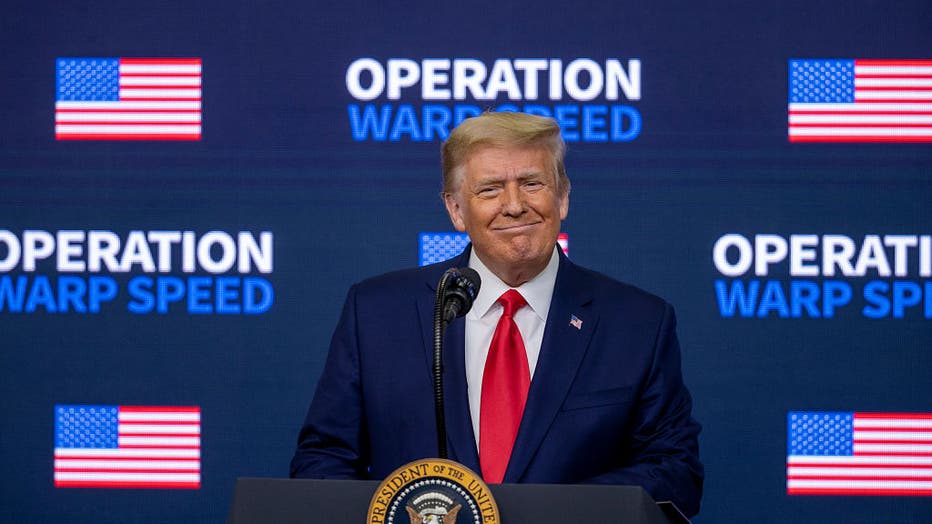 A self-pardon, which Trump has openly mused about, would on one hand be fitting as a final norm-shattering act in a presidency defined by them. But it might also be at odds with his oft-stated conviction that he has done nothing wrong for which he needs to be absolved.

Regardless, the question has occupied Trump's attention for years.

In June 2018, 13 months into special counsel Robert Mueller's investigation into ties between the Trump campaign and Russia, the president tweeted, "As has been stated by numerous legal scholars, I have the absolute right to PARDON myself, but why would I do that when I have done nothing wrong?”

Mueller's report laid out facts that federal prosecutors could potentially use as the basis for an obstruction of justice prosecution, though the odds of that are unclear.

If prosecutors were to bring a case against Trump in spite of any pardon he grants himself, the issue could wind up in court and before a judge for the first time.

Mark Tushnet, a retired Harvard Law School professor, said he doubted any court would overturn a presidential self-pardon, though he said such an act would constitute an abuse of power that would have been abhorrent to the framers of the Constitution.

“For them, I believe it would have been unthinkable that the American people would ever elect the kind of person who would pardon himself. Which is why they didn’t say anything about the possibility,” Tushnet said.

Since presidential pardons don't cover state crimes, it would seem unlikely a self-pardon would extend in any event to the state investigations Trump is facing.

But, Tushnet said, Trump's lawyers could conceivably try to invoke double-jeopardy arguments to claim that a federal pardon should bar any New York state prosecution based on the same conduct.

On the federal level, a self-pardon obviously handcuffs the Justice Department under President-elect Joe Biden from pursuing any federal case against Trump. But it would also spare Biden from having to face questions about a prosecution that would risk distracting from his political agenda and keeping Trump in the spotlight.

Ethan Leib, a law professor at Fordham University, said it is a well-established norm that presidents are supposed to act in the public interest rather than for personal gain. In this case, he said, it is possible Trump could argue that a self-pardon is in the public interest to the extent it would pre-empt a divisive prosecution that could potentially upend democracy and “trigger civil war."

But, he noted, “The irony is this particular president does not seem particularly public spirited and public-interest minded.”